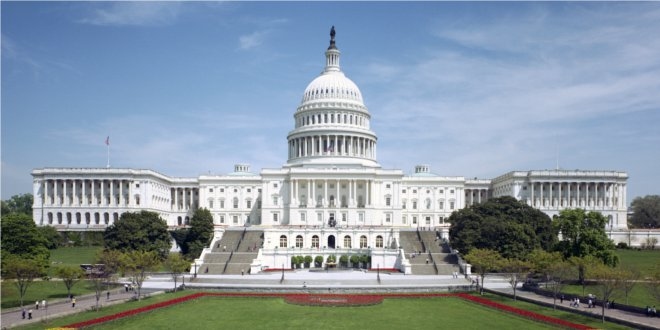 The Obama administration on Friday plans to publish a small library's worth of climate change documents, outlining 38 federal agencies' vulnerabilities to global warming and how they will address them -- as well as a separate and even larger set of new government-wide plans to cut down on greenhouse gas emissions and achieve new targets for sustainability.

In sum, the reports represent over a thousand pages of climate change threat assessment and sustainability planning by a vast federal complex that collectively operates 360,000 buildings, maintains 650,000 vehicles and spends $25 billion on energy costs per year.

In many cases, the vulnerabilities revealed are stark. The Department of Agriculture, for instance, sees "the potential for up to 100 percent increase in the number of acres burned annually by 2050" by wildfires, according to its new adaptation report. The agency notes that fire suppression expenditures have already grown from 13 percent of the Forest Service's budget in 1991 to 40 percent of it today, and says the service's other operations are imperiled by the continual demand to throw more resources at fires.

The Department of Health and Human Services, in its new report, says it views climate change as "one of the top public health challenges of our time." It outlines risks including more frequent or worse extreme heat events -- which the agency calls "the leading weather-related cause of death in the U.S." -- changes in vector-borne diseases like West Nile virus and Chagas disease, and "increased production of plant-based allergens," leading to more episodes of asthma and allergic responses in some people.

The health agency also notes that "climate change is anticipated to have its greatest impact on people whose health status is already at risk and who have the fewest resources to address or adapt to climate change risks."

NASA, in its report, warns that climate change could actually interfere with its ability to get to space. "Many Agency assets -- 66% of its assets when measured by replacement value -- are within 16 feet of mean sea level and located along America's coasts, where sea level rise and increased frequency and intensity of high water levels associated with storms are expected," the agency notes. Climate vulnerable NASA assets, says the agency, include both launch facilities that take human beings and cargo into space, as well as the systems on the ground that help maintain the functionality of NASA's space operations.

These adaptation plans update and significantly extend an earlier suite of documents delivered by the agencies in February of 2013. Moving before the other agencies, the Defense Department released its own updated adaptation plan earlier this month, with Defense Secretary Chuck Hagel describing climate change as a "threat multiplier" because it worsens many of the challenges that the military faces, including terrorism and disease.

In a separate set of documents, meanwhile, the federal agencies will also show how they have already cut their own greenhouse gas emissions, decreased their energy use, and taken other steps to improve sustainability -- and plan to continue to do so. Such sustainability plans must now be updated annually by all of the agencies.

According to the White House, such measures have reduced emissions from the federal government by over 17 percent since President Obama came into office, "the equivalent of permanently taking 1.8 million cars off the road." The federal government has also cut water use by 19 percent and has begun to derive over 9 percent of the energy it uses from renewable sources. The goal, by 2020, is for a 28 percent government-wide greenhouse gas emissions reduction -- which would also entail $8 billion to $11 billion in reduced energy costs.

The collective release of the reports, says Mike Boots, current head of the White House Council on Environmental Quality, will help the federal government to "leave behind a planet that is not polluted and damaged and protect our ability to provide the vital services American communities depend on."

The flurry of documents emerges from a five-year process of federal climate change sensitization that began with an executive order by Obama in 2009 that called on the federal government to reduce its emissions and become more energy efficient and sustainable. Later, in 2010, a government task force recommended that the agencies also prepare individualized plans concerning their climate change vulnerabilities and how they would adapt to them. This progressed further in 2013 with Obama's speech at Georgetown University laying out his climate agenda, and a 2013 executive order requiring agencies to update and extend their first set of climate adaptation plans -- with a particular focus on any climate-related risks that threaten each agency's core mission.

"It’s great to see the administration continue the drumbeat of reports and analysis and action on promoting resilience to climate change impacts," says Vicki Arroyo, executive director of the Georgetown Climate Center, which tracks federal climate change adaptation measures closely. "It’s really important for the federal agencies to look at changes that they need to make in their own facilities and operations in order to be able to prepare for the changes that are in store for all of us."

For an administration with only two more years in office -- headed by a president thought to see climate action as a key part of his legacy -- perhaps most significant is how these documents advance a government-wide process of ever-increasing climate-change readiness as well as moves toward greater sustainability. The steps along the way are myriad, ranging from new energy efficiency measures by the General Services Administration, which maintains federal buildings, to the Department of Housing and Urban Development's requirement that hospitals and other buildings it funds are built at a sufficient elevation to ensure they are protected from flooding.

Or as the president's initial 2009 executive order on climate change put it: "In order to create a clean energy economy that will increase our Nation's prosperity, promote energy security, protect the interests of taxpayers, and safeguard the health of our environment, the Federal Government must lead by example."