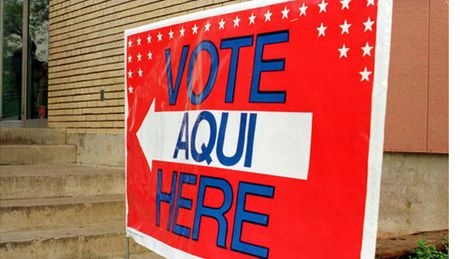 A common stereotype about the Latino electorate is that environmental issues are ranked lower to more pressing issues like immigration, jobs, the economy, education and crime. Indeed, when one thinks about who an environmentalist is, typically a wealthy tree-hugging White American comes to mind and not a working-class Latino. However this stereotype is dead wrong. The underlying assumption about why Latinos should be less concerned about environmental issues is drawn from Maslow’s “hierarchy of needs” theory which states that poor and minority populations have more pressing issues like personal security, economic needs, affordable housing, better schools and affordable day care services and that, compared to these pressing needs, environmental matters are secondary or insignificant. However these issues are not mutually exclusive to Latinos – or any voters.  Latino voters can be concerned about climate change and creating jobs.  Latino voters can be concerned about conserving natural resources and fixing the immigration system.  In fact, wide ranging data reveals this is the case.

Latino Decisions has been surveying Latinos on environmental issues for many years and its researchers have been studying this issue for decades. The findings of our surveys and academic studies reveal that environmental issues are among the top priorities for Latinos. Nowhere is this more evident than our October 2014 surveys which asks directly about a candidate’s positions on the environment. The survey was carried out on behalf of the National Council of La Raza Action Fund and is based on a representative telephone (landline & cell phone) sample of 400 English and Spanish-speaking Latino voters in Colorado and North Carolina and a sample of 600 in Florida.  Respondents were asked: “Imagine one candidate strongly favored reducing pollution in the air and water, while another candidate opposed those efforts as bad for business. Would this difference make you much more likely to vote, somewhat more likely to vote, slightly more likely to vote, or have no effect on whether you choose to vote?”

The results of our survey show that 67% of Latinos in North Carolina say they are “much more” likely to “somewhat” more likely to vote when candidates highlight their environmental records. In Florida 77% of Latinos noted they were more likely to vote for the pro-environmental candidate and in Colorado the figure was 66%. What’s more, this question specifically stated that the opposing candidate raised concerns that new pollution limits could be “bad for business” – even this with disclaimer a clear majority of Latinos sided with the candidate who favored reducing pollution. We should note, the NCLR Action Fund survey also found Latino support for candidates who support an increased minimum wage and Medicaid expansion at similar levels.  However, because Latinos also care about other issues, it does not mean Latinos don’t care about protecting the environment as the chart above shows quite clearly – they do.

This is not the first time we find a linkage between a candidate’s environmental record and Latinos voter behavior.  In 2012 we did polling in Colorado and found widespread support for candidates that stress protecting the environment:

“For example, in a 2012 Colorado survey of Latinos, respondents were asked to evaluate two candidates who had competing views on the need for oil shale regulations, a salient issue for Colorado voters at the time, and then pick which candidate they would support.  Let’s say there are two candidates running for office, and one candidate supported a proposal to require oil companies to prove that oil shale is feasible and won’t harm western water before it commercially occurs on public lands—and the other candidate said oil companies should be able to get started developing oil shale right away to create jobs and energy.  Which candidate are you more likely to support?  Latino supported the environmental candidate by a margin of three-to-one (60% vs 20%)”

Why are Latinos so concerned about environmental issues when Maslow’s hierarchy of needs theory would predict otherwise? Scholars of Latino politics put forth a counter-hypothesis – the “environmental deprivation” theory. The theory argues that the poor and minorities display greater concern relatives to Whites because they are directly affected by environmental problems. Direct experience with environmental issues, such as high levels of air pollution, toxic waste, and contaminated water, makes them as important as social issues in these communities, and this direct exposure to environmental problems, leads them to more pro-environmental attitudes. Since Latinos suffer disproportionate rates of environmentally related morbidity and mortality, they are more likely to display awareness and concern for the environment. Further, recent research directed by Professor Gabriel Sanchez for Latino Decisions and HECHO found that an overwhelming 80 percent of Latinos in the Southwest say they feel a familial and close connection to the land. And on top of this, a national study sponsored by the Natural Resources Defense Council found that a clear majority of Latinos are concerned about the environmental in a global sense because of family and friends who still live in Latin America and have faced a significant increase in severe weather events.  When someone takes the time to understand Latinos, it becomes clear that the environment is a real priority that Latinos care about.  It’s no wonder that the NRDC/Latino Decisions national study found 75% of Latino voters said it was extremely or very important for the government to take strong measures to address climate change.

However some skeptics question whether Latinos care about the environment. A recent survey by the US Hispanic Chamber of Commerce and sponsored by the American Coalition for Clean Coal Electricity suggests that Hispanic voters only care about the economy and not environmental issues. However, there are serious flaws with their sample, the design of the questions, and interpretation of the results, which leads one to challenge their findings. Their sample comes entirely from an online panel of Latinos and implemented primarily in English.  While online panels can help samples with harder to reach young respondents, conducting the entire survey online excludes Latinos who do not have regular access to the Internet.  The NTIA reports that just 63% of Hispanic households have broadband access, and Pew notes that 22% of Latino households have no Internet access at all.  Excluding these populations is problematic. Second, respondents were asked to rate the importance of 11 issues. The category “Jobs and the economy” was listed first, while “climate change and the environment” was listed last. Inevitably such a ranking of issues leads respondents to rate the first set of issues higher than those listed last. A standard procedure in survey design is to rotate the order of response options to ensure that the option listed first does not artificially lead to a positive rating. Not just on this item, but throughout the survey the questions are worded in an obviously slanted direction, providing respondents with extra information to prime their response, such as telling respondents new EPA regulations will drive up electricity costs, before asking them a question about the EPA regulations.  This violates many standards of proper survey research. Third, Coalition for Clean Coal study relies on a scale from 1 to 10 to assess the relative importance of each of the 11 issues listed and conclude that Latinos ranked “jobs and the economy” higher because 51% of respondents ranked that issue a 10. However, respondents might choose categories 7, 8, or 9 as also being fairly high in importance. If the responses are grouped such as scores 7 through 10, then a different picture emerges. Even with the flawed design, 63% of Latinos say that “climate change and the environment” are very important.

If Congressional candidates want to win Latino voters, than it is imperative that they focus on issues that directly impact the lives of this population. To suggest that Latinos are unaffected by and unconcerned with environmental issues is a gross mis-characterization of this electorate. It is not an exaggeration to say that no other group in the United States is as affected by environmental issues as Latinos.