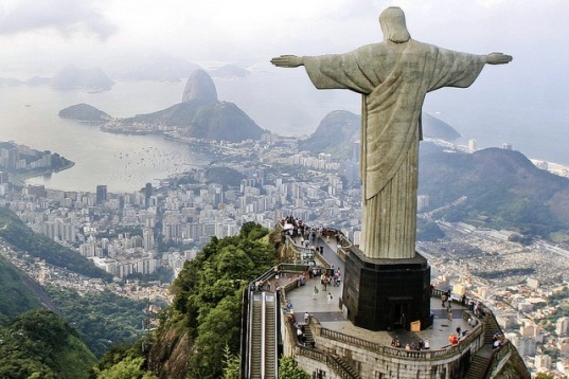 In Venezuela this week, representatives from more than 40 countries and 48 NGOsgathered for the Pre-COP Social Ministerial to discuss climate change mitigation strategies leading up to the COP 20 in Lima, Peru this December.  Pre-COP participants created a series of recommendations for different strategies to confront the threat of climate change, which were then disseminated to representatives of the United Nations as well as the governments of Peru and Venezuela. (TeleSur 11/4/2014)

Also, in preparation for the COP 20 in Lima, the government of Chile released the second phase of the multi-ministerial Mitigation, Action Plans, and Scenarios (MAPS) report. The MAPS report outlines around 100 measures and nine distinct mitigation scenarios for GHG emissions reductions by 2030, with estimated reductions ranging from 4.1 to 16.8 million metric tons of CO2 equivalent by 2020 especially from the three largest sources of emissions: electricity generation, transport, and deforestation. (La Tercera 10/30/2014)

Meanwhile Chile’s Environment Minister, Pablo Badenier, launched the publication of the Climate Change Adaptation Plan for Biodiversity made up of 50 measures to facilitate the sustainable management, development, and financing of the country’s biodiversity protection and conservation efforts. These efforts came after the revelation that the majority of the country’s 1447 threatened terrestrial flora and 67 fauna will see their habitats shrink and face the prospect of extinction based on recent climate change models. (El Dinamo 11/3/2014)

In Peru, 150,000 hectares of forest are under threat due to illegal mining in the Madre de Dios region. The mining practices have affected species and degraded soil to the point where it could take over three decades to restore the landscape to what it once was. The Research Institute of the Peruvian Amazon is currently taking on a pilot project to identify species that have not been affected in the area of ​​La Pampa and observing their characteristics so that they can be used in as a first step in the recovery of these areas. (Lingum 11/4/2014)

The Institute of Hydrology, Meteorology, and Environmental Studies (IDEAM) ofColombia is concerned by the rapidly growing circle of deforestation occurring in the forest corridor that connects the Andean and the Amazonian regions. This circle sits at the convergence of several of the country’s most protected forests, and yet, 57 percent of the 120,933 hectares deforested in Colombia in 2013 occurred in this area. Edersson Cabrera, Coordinator of IDEAM’s System of Forest Monitoring warns that the lack of planning, and increasing penetration of the area’s population into the forests seriously threatens thousands of species, which once thrived in these areas. (El Tiempo 11/4/2014)

Over 500 people, including the Mayor of Comondú, members of fishing cooperatives and hundreds of citizens assisted Wednesday’s public hearing on the proposed “Don Diego Project”, a marine mining project in the Gulf of Ulloa. Members of fishing cooperatives spoke against the project fearing its potential impact on the fishing industry, while citizens of surrounding communities criticized the negative impacts it could have on them. Venustiano Perez Sanches, Mayor of Comondú, said his administration is interested in stopping all mining activity in the Gulf of Ulloa as it effects not only the environment but also the economy and communities. Meanwhile, scientists in Baja California Sur who have reviewed the project’s Environmental Impact Statement (EIS) warn that sediments generated by the extraction process will damage the marine ecosystem with "toxic concentrations of heavy metals." (Baja California Sur Noticias 11/5/2014)

Solar energy generation is set to pick up speed in Chile with a 686 percent increase in contributions to the electric grids from solar sources in 2014. According to data from the Economic Load Dispatch Center for the Central Integrated System (CDEC-SIC), the percentage of electricity generated from non-conventional renewable energy sources have increased by 37 percent in 2014 from 313.67 to 429.24 gigawatts per hour, with wind (2.66 percent) and biomass (3.39 percent) sources leading the way. (El Mercurio 11/3/2014)

In Mexico, President Enrique Peña Nieto announced the issuance of the energy reform regulations required by the reform’s secondary legislation.  The regulations cover a range of issues including awarding contracts, integrating the sector’s new regulators, and transforming Pemex and the Federal Electricity Commission into productive state enterprises. The regulations also included a particular set of rules for the generation of renewable energies from wind, solar, and geothermal sources, among others. (UNO TV 11/3/2014)