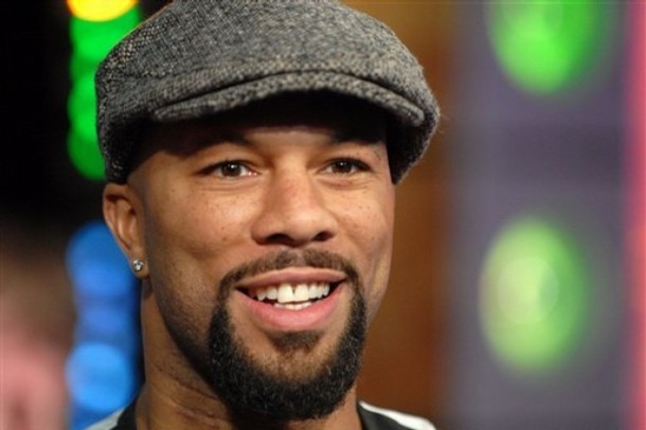 Common's newest track began with a conversation about water pollution.

"We're in the studio, and we're talking about how bad the water is and this drought in Southern California where you've got the reservoirs drying up. We're looking at pictures online and we're saying, 'We're in trouble,'" said producer Malik Yusef. "When we talked about some of the obvious problems, he said, 'This is real.' It's one of these situations where you have to ask what we can do."

The result was "Trouble in the Water," one of four new original songs on an album executive-produced by Yusef titled HOME (Heal Our Mother Earth). Besides Common, the Grammy-winning rapper, the album includes contributions from Ne-Yo (the R&B singer behind "She Knows"), Elle Varner, Choklate, and Aaron Fresh.

It's part of People's Climate Music from the progressive Hip-Hop Caucus and major environmental groups to raise awareness and "inspire action" on climate change.

Four original songs from the album were released Tuesday on an EP on iTunes. The full 11-track album is out Dec. 2 with covers of some environmental standards. Marvin Gaye's "Mercy, Mercy Me" is tackled by Broadway actress Antonique Smith, while Michael Jackson's environment and animal-welfare anthem "Earth Song" is covered by Ne-Yo and Sonna Rele.

Yusef, who has won five Grammys including Best Rap Song for "All Of The Lights" by Kanye West, said the covers were of songs that "mean something to people ... not just people in this movement, but everyone."

As for the originals, Yusef said he hoped they could reach a new audience that isn't necessarily engaged on the ins-and-outs of the Keystone XL pipeline or the EPA's climate rules. "I've been blessed with the kind of ear to make great music, and I have the accolades to go with it. People will take this much more from me as a purveyor of the arts rather than just some guy out there with Occupy Wall Street," he said.

On "Trouble in the Water," (which also features Kumasi, Aaron Fresh, Choklate, and Laci Kay) wonky issues like fracking get name-checked amid bigger concerns about water safety and pollution, but it's not all earnest. It's got some NSFW language, also deals with police violence in Chicago, and even includes the line "We think our opponent is overseas, but we're messing with Mother Nature's ovaries."

The album was created by the Hip-Hop Caucus, the activist group that has allied with 350.org and other environmental groups, in partnership with the entertainment agency The Private Plane. Also partnering on the project were environmental heavyweights 350.org, the Natural Resources Defense Council, and the Sierra Club.

"I am an environmentalist in whole, and I and my family do my small part to recycle, conserve water, reduce our carbon footprint. But we need more," Yusef said. "I think the biggest lesson here was that everybody was able to come away with a bigger, broader sense of purpose. ... We're artists and we have a bit of a megaphone, but we're regular people. So let's use our regular-people spirit in conjunction with that and make a difference."

This piece originally appeared in the National Journal.