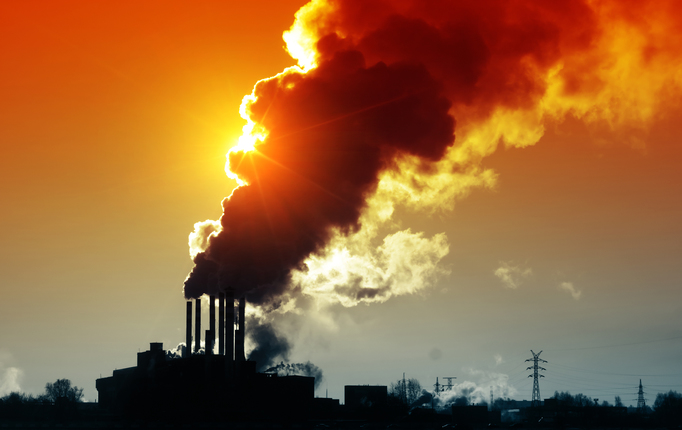 The world must cut CO2 emissions to zero by 2070 at the latest to keep global warming below dangerous levels and prevent a global catastrophe, the UN warns.

By 2100, all greenhouse gas emissions – including methane, nitrous oxide and ozone, as well as CO2 – must fall to zero, the United Nationals Environment Programme (Unep) report says, or the world will face what Intergovernmental Panel on Climate Change scientists have described as “severe, widespread and irreversible” effects from climate change.

The Unep report published on Wednesday is based on the idea that the planet has a finite ‘carbon budget’. Since emissions surged in the late 19th century, some 1,900 Gigatonnes (Gt) of CO2 and 1,000 Gt of other greenhouse gases have already been emitted, leaving less than 1,000 Gt of CO2 left to emit before locking the planet in to dangerous temperature rises of more than 2C above pre-industrial levels.

Jacqueline McGlade, Unep’s chief scientist, told the Guardian that scientific uncertainties about the remaining carbon budget had diminished and the real uncertainty now was whether politicians had the will to act.

“The big uncertainty is whether you can put enough policies in place from 2020-2030 - in the critical window - to allow the least-cost pathways [to lower emissions and temperatures] to still stand a chance of being followed,” she said. “The uncertainties have shifted from the science to the politics.”

All scenarios in the Unep report now require some degree of ‘negative CO2 emissions’ in the second half of the century, through technologies such as carbon capture and storage or, possibly, controversial, planetary wide engineering of the climate known as geoengineering. Unep is “extremely interested” in the subject and is planning a report in the months ahead.

“Once you get behind the scaremongering headlines about the schemes that are planetary scale but over which you have no sense of control, there are other geoengineering ideas, going back to the basics of how to manipulate local water bodies and alter, for example, geothermal productivity,” McGlade said. “We haven’t even started to skim the surface of what we can do and we shouldn’t rule out the possibility that some of these geoengineering ideas could be extremely good innovations.”

Consideration should also be given to compensatory schemes for investors in fossil fuels companies to address the ‘stranded assets’ issue, McGlade added.

She acknowledged “donor fatigue” ahead of a pledging conference for the Green Climate Fund tomorrow – which has so far racked up close to $10bn (£6.4bn) – and called for up to 20% of the final money pot to come from citizen bonds for local environment projects, with the remaining 80% split between public and private sources.

Maroš Šefčovič, the European commission’s vice-president for energy union told a Brussels press conference that the report would be of use in preparing bloc positions for next month’s Lima climate summit.

“I have never seen such a political momentum to get things done,” he said. “We are now at the political critical mass point where political leaders want to succeed with climate change policies, and a have a growing resolve to do so.” The EU has not, however, supported Unep’s call for zero greenhouse gas emissions by 2100.

Christiana Figueres, the United Nations Framework Convention on Climate Change (UNFCCC)’s executive secretary, said: “This important report underscores the reality that at some point in the second half of the century, we need to have achieved climate neutrality – or as some term it zero net or net zero – in terms of overall global emissions.”

A key theme in the emissions gap study is the cost-effectiveness of taking early action and the dangers of not doing so.

“In a business as usual scenario, where little progress is made in the development and implementation of global climate policies, global greenhouse gas emissions could rise to up to 87GT CO2e by 2050, way beyond safe limits,” he added.