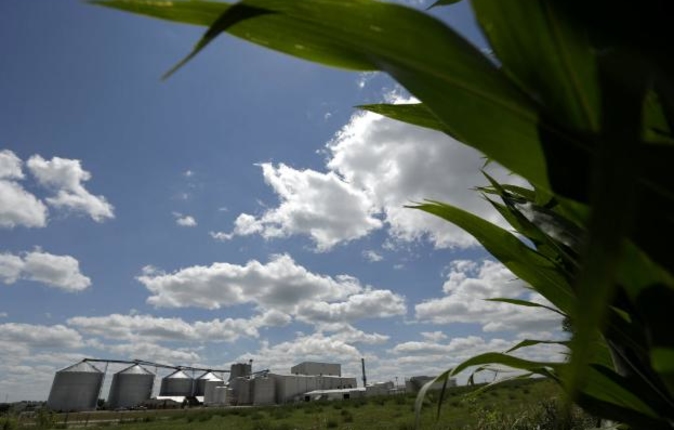 The Environmental Protection Agency quietly announced on Friday that, after much delay, it had been unable to decide this year on a rule setting levels for the amount of biofuel it would require to be blended into conventional vehicle fuels.

Because of the delay, a spokeswoman said in a statement, the agency will not take up the rule, known as the Renewable Fuel Standard, until next year, when it seeks to set levels for 2015 and 2016.

A notice posted on the E.P.A. website said that the agency’s proposal, released last year, to reduce biofuel targets had “generated significant comment and controversy,” especially over how the biofuel targets should be set and whether it would be effective in, “achieving the volumes of renewable fuel targeted by the statute.” Given continued consideration of those issues, the notice said, the agency would not reach a decision this year.

The notice also said the agency would adjust reporting requirements so refiners could comply retroactively.

The decision not to decide is the latest setback in a long line of economic, legal and logistical hurdles the agency has faced since it started requiring increasing levels of ethanol to be incorporated into vehicle fuel under energy laws passed in 2005 and 2007. Much has changed since then, when American dependence on foreign oil was high, and so were prices.

Now, however, the country is awash in domestic oil from shale drilling, while more efficient cars and an anemic economy have cut demand. The market is saturated with regular corn ethanol, while production of cellulosic, or so-called advanced, biofuel — made from nonfood parts of corn plants or other biomass like wood waste — has fallen short of what the mandate requires refiners to use.

“A lot of the motivation for biofuels is gone,” said Michael E. Webber, deputy director of the Energy Institute at the University of Texas at Austin. “I think this delay is not just a stall tactic. I think the E.P.A. really doesn’t know what to do. They need to kind of give it another year to figure out, ‘Well does this biofuels policy make sense anymore?’”

On Friday, supporters and opponents of increased biofuel production expressed a rare consensus that the E.P.A.’s move was a punt and that the rule needed to be fixed, whether they were in favor of revision or repeal.

Michael McAdams, president of the Advanced Biofuels Association, a trade group, said, “We’re still in suspended animation, and the uncertainty is just kicked down the road.”

Jeff Lautt, the chief executive of Poet, a corn ethanol producer that recently opened a cellulosic plant, said through a spokesman that the company was “pleased the administration did not finalize the flawed proposed rule” but was unsure if officials would avoid provisions that could stifle advanced biofuel development going forward.

Others said that this latest wrinkle was a clear signal that Congress should revisit the law.

“It’s not a good signal that they can’t get this done,” said Mike Lavender, a policy analyst at the Environmental Working Group, an advocacy organization that is in favor of biofuels but is critical of corn ethanol. “The only real option at this point is in 2015 for Congress to take up the reins and take a serious look at reform.”