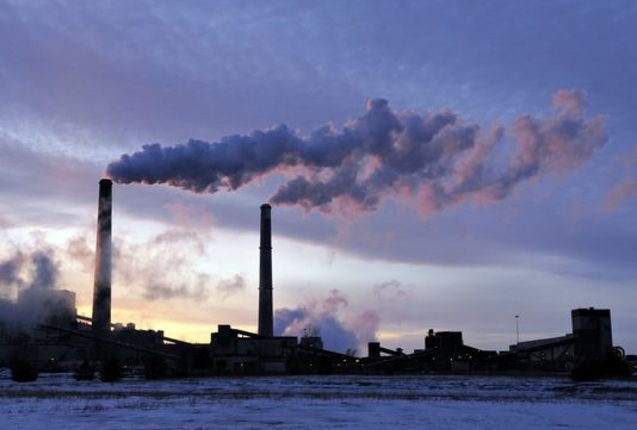 More than 200 U.S. companies came together Tuesday to support a major reduction in carbon pollution from power plants proposed by the Environmental Protection Agency.

"As businesses concerned about the immediate and long-term implications of climate change, we strongly support the principles behind the draft carbon pollution standard for existing power plants," states a letter that was sent to the EPA, the Obama administration and congressional leaders.

Major brand names and Fortune 500 companies — including Kellogg's, Starbucks, Ikea, Levi Strauss and Nestlé — were among the 223 companies that signed the letter.

The proposed EPA rule aims to reduce carbon pollution from the nation's power plants by 30% from 2005 levels. It represents one of the most significant actions ever taken by the U.S. government to fight climate change. The public comment period for the plan ended Monday, and the EPA should announce a final rule next summer.

Carbon dioxide from the burning of fossil fuels is the greenhouse gas that's most responsible for global warming, according to the near-unanimous conclusion of climate scientists.

"Our support is firmly grounded in economic reality," the letter states. "We know that tackling climate change is one of America's greatest economic opportunities of the 21st century, and we applaud the EPA for taking steps to help the country seize that opportunity."

She added that there are some unfounded assumptions that environmental regulations are bad for the economy and bad for jobs, but the facts don't bear that out.

"Achieving the proposed carbon reductions from existing power plants through energy efficiency retrofits of existing buildings will reduce greenhouse gas emissions and our impact on the planet, reduce costs for both power companies and consumers, and help drive the economy by creating jobs," said Dan Probst, Chairman of Energy and Sustainability Services at JLL, a global real estate management and investment firm headquartered in Chicago.

As an example, Probst said that retrofitting old buildings in Illinois alone should create more than 7,000 jobs.

"We as a company believe we all need to play our part in moving toward a more low-carbon society and economy," said John Gardner, VP and Chief Sustainability Officer at Novelis, the world's largest manufacturer of rolled aluminum.

"It's a win economically and win environmentally," he said.

"As the world's largest food and beverage company, Nestlé places a great deal of importance on environmental responsibility," said Tim Brown, president and CEO of Nestlé Waters North America. "Nestlé is 148 years old, and we want to be here for another 148 years," he said, and that's "dependent on a stable environment to operate in."

Other business groups don't see such a rosy picture: This week, the Competitive Enterprise Institute and 11 other free-market organizations submitted their own public comments to the EPA, saying the Clean Power Plan would increase electricity prices and raise reliability concerns across the country.

According to CEI senior fellow Marlo Lewis, the Clean Power Plan is illegitimate and unlawful: "The plan's putative climate benefits are illusory — the regulation should be withdrawn."