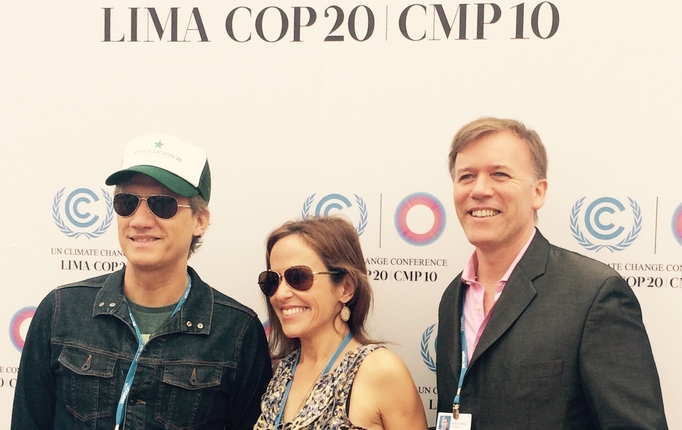 Delegates from nearly 200 countries gathered in early December to hammer out an agreement on climate change policy at the United Nations Framework Convention on Climate Change Conference of Parties. Too often environmentalists go home disappointed after watching the assembly fall short of its mandate to prevent catastrophic climate change. This year, a fresh urgency in the conversation produced results: for the first time, every country in the world must pledge specific reductions in carbon pollution by the next assembly in 2015.

This agreement is particularly ground-breaking because of a longstanding practice of differentiation between developed and developing nations, which calls for richer countries to slash emissions while others have no formal mandate to change their practices. Although developed nations bear more of the historical burden of carbon pollution, emerging economies are surging in fossil fuel production, with China as the planet's top carbon polluter. All countries must shift to clean energy and protect natural resources if we are to avoid the most devastating impacts of climate change, and emerging economies in the Global South must take leadership alongside the United States and Europe. Over the next few months, as each country puts forward its proposal for COP-21 in Paris, my eyes will be on Latin America.

Central and South American countries stand at a key crossroads; as environmentally and economically vulnerable countries, they have much to lose in the face of devastating climate change. As fast-growing economies with increasing emissions, their citizens and the rest of the world have much to gain from their investment in sustainable energy, responsible land use, and protection of natural resources. Many of these countries have already shown leadership in low-carbon innovation; as they scale up their economies in the next decades, they will have the opportunity to lock in green infrastructure and protect their local water sources, biodiversity, and communities. They also could pursue cheap fossil-fuel technologies and risk it all.

It is vital that economically ascending countries such as Chile, Mexico, Peru, Brazil, and Colombia propose aggressive action early next year in order to make Paris a true success. These proposals must reflect their commitment to global reductions in carbon pollution as well as the health and wellbeing of their communities. In the best case scenario, this agreement could spur legislation across the region that invites investment in renewables and reorients Latin American economies away from the extraction of finite natural resource. The region must follow Chile and Mexico in putting a price on carbon to drive their economies toward renewable energy. They must end preferential treatment for fossil-fuel industries and seek investment in their abundant sources of solar energy and wind technologies. Additionally, these countries should aim to enhance protection for their invaluable natural resources, though without sacrificing the rights of the indigenous peoples whose livelihoods depend on them.

As Peruvian president Ollanta Humala told the assembly, we must abandon the false binary between "economic growth or conservation of the planet". Both are indispensable and both are urgent in this powerful yet fragile region. Latin America has proved a gracious host to COP-20, but its most decisive test will be in its continued leadership over the coming year.