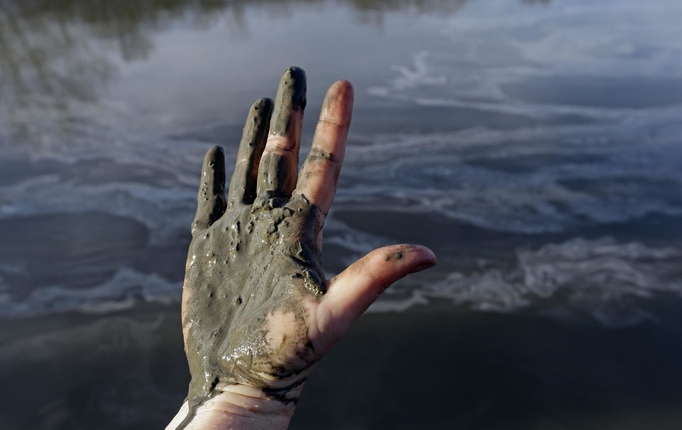 But the agency did not require many of the restrictions that had been urged by environmentalists and other advocates, who point to studies showing coal ash — the material that remains when coal is burned to produce electricity — contains a significant amount of carcinogens.

“This rule is a pragmatic step forward that protects public health while allowing the industry the time it needs to meet these requirements,” said Gina McCarthy, the E.P.A. administrator.

The E.P.A. declined to designate coal ash a hazardous material, but said power plants would have to meet certain minimum structural standards for landfills and disposal ponds, and monitor them for leaks. If a breach is discovered, it will be the utility company’s responsibility to reinforce or close the pond. New ponds and landfills will have to be lined to provide a barrier against leaks. Controls must be used to prevent people from breathing in coal ash dust.

Power plants will also have to report the results of their inspections on a public website. The rule provides little oversight, leaving it to citizens and the states to sue if power plants are suspected of not adhering to the E.P.A.’s guidelines.

The rule is a victory for electric utility companies and the coal industry, which had decried the increased financial burden that would have been placed on companies to revamp their existing disposal facilities if the E.P.A. had decided to phase out ponds and impose other, stricter guidelines.

The decision also reinforced the growing, multibillion-dollar coal ash recycling business, in which coal ash is used to make wallboard, concrete and other products. The United States produced nearly 114.7 million tons of coal ash in 2013, according to an annual report released Wednesday by the American Coal Ash Association. Of that, less than 51.4 million tons were reused.

Officials celebrated the end of what they characterized as a costly period of uncertainty for an environmentally friendly industry.

“This stuff is just as safe as we thought it was before the rule-making started, and it’s time to keep that growth going,” said Thomas H. Adams, executive director of the American Coal Ash Association.

Advocates for stronger restrictions on coal ash expressed disappointment in the rule, especially that coal-fired power plants would be allowed to continue dumping the ash into existing ponds that they are left to largely police themselves.

“As we’ve seen over the past six years, irresponsible storage of coal ash by big utilities has caused unprecedented disasters and threatened the health and safety of Americans around the country,” Frank Holleman, a lawyer with the Southern Environmental Law Center, said in a statement. “While there are some new tools for addressing our nation’s coal ash problem in these new federal protections, there are glaring flaws in the E.P.A.’s approach.”

“When the day’s done, the E.P.A. regulates toxic coal ash less stringently than household waste,” said Lisa Evans, a lawyer with Earthjustice who used to work for the E.P.A.

For environmentalists, the ruling helped address a problem that gained attention after an episode in 2008 in Tennessee when millions of gallons of sludge and contaminated water spilled into a river that ultimately feeds into the Tennessee River. The sludge that contaminated the water supply and swept away homes — a failure of the wall separating a Tennessee Valley Authority plant’s coal ash storage from the river — was the largest coal ash disaster in United States history.

Despite frustrations with the pace and outcome of the debate, some environmentalists expressed gratitude for the decision to impose at least some restrictions on coal ash, applauding the Obama administration for its incremental changes to environmental policy. Before the rule, storage and disposal were managed on a state-by-state basis, with little uniformity.

Eric Schaeffer, executive director of the Environmental Integrity Project, acknowledged that the E.P.A. was not in an easy spot politically during a time when many lawmakers were hostile to increased regulations.

“I’m looking at what they tried to do here and respecting that in areas like public disclosure, they’re trying to push things forward,” he said.