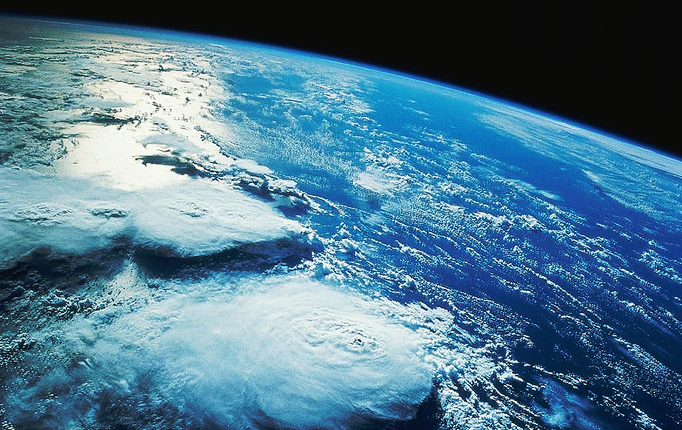 It is the New Year -- what does it hold for the climate change debate?

When the UN Climate Talks in Lima, Peru, came to a close, 194 countries gave themselves an impressive homework assignment: come up with individual plans for addressing carbon emissions by March 2015. To put this into context, it's akin to asking the Allies and Axis during World War II to further think about how to treat each other's prisoners of war for four months before creating the Geneva Convention, or telling Iran to get back to us next year about how they plan to curb their nuclear ambitions.

It is a preposterous outcome that should concern informed citizens.

Sure, the list of national security threats, from ISIS to Ebola to cyber war, seems to keep getting longer. Americans, according to a recent Pew poll, are the most worried they've been about Islamic extremism since 2007. But what boggles the mind is that fewer than half name climate change as a potential threat. This is disturbing. After all, Secretary of State Kerry recently declared climate change a national security issue and outgoing Defense Secretary Hagel described climate change as a threat multiplier.

At the center of the national security debate around climate change is the body of water that covers nearly three-quarters of the planet -- the ocean.

The ocean creates over half of the oxygen we breathe, controls our weather, and feeds nearly 3 billion people a day. It is responsible for increasingly powerful storms around the globe and ensuing destruction of life and property. Rising seas and flooding, loss of biodiversity and overfishing along with lower crop yields from changing weather patterns are leading to disruptions in the food chain. A recent World Bank studypaints a dire picture: The threat of melting glaciers risks torrential flooding across Central Asia, while places from Brazil to the Balkans will face less water resources during the critical summer months.

When policymakers gather to discuss global warming, as they recently did in Lima, they tend to focus on the effects of carbon pollution in the atmosphere. But what about carbon pollution's impact on the ocean?

Since the Industrial Revolution, the ocean's acidity has increased by one-quarter as a result of absorbing manmade carbon emissions and is projected to be 170 percent more acidic by the end of this century. For the shellfish industry in the Pacific Northwest, which produces millions of dollars for the local economy annually, companies are reporting production declines greater than 40 percent in the past decade due to the inability of shellfish to grow protective shells.

The ocean is also warming, with this past summer seeing the highest global mean sea temperature ever recorded, according to researchers from the University of Hawaii. Higher sea temperatures change the migration patterns for marine creatures and cause more frequent and intense hurricanes and typhoons like the one that just struck the Philippines. Hagel stated his concern regarding the potential for military humanitarian assistance as a result of these storms and the danger of mass migrations resulting from regional instability associated with a changing climate. These can add major stresses to the capacity of our already overstretched military.

We don't have to look far to feel the impact at a local level. If you live in California the shift in rainfall has led to crippling droughts. In Miami, rises in sea level affect how you plan your daily commute to avoid the street flooding. New Yorkers, meanwhile, are bracing for the next Hurricane Sandy.

Nearly 90 percent of fisheries are considered over exploited, fully exploited or depleted. For an industry that employs more than 200 million worldwide and feeds nearly 3 billion daily, this poses another food security and economic risk.

As the ocean warms, ice melts. By the end of the century several Pacific island nations will literally be underwater, displacing millions from their homeland. Where will these 'climate refugees' go?

As evidenced by recent statements, the U.S. government is taking an increased interest in these potential national security issues, but is that enough?

The most effective legislative mechanism currently in place to deal with the ocean crisis is the United Nations' Law of the Sea Convention, ratified by 166 countriesworldwide with several notable exceptions: North Korea, Venezuela, Libya, Syria... and the United States. The holdouts read like a "Who's Who" of rogue states, yet among them is the country most responsible for the creation of the entire document -- the United States.

Despite the grim forecasts, there is hope. The UN recently included the ocean in its final list of topics under consideration in the Sustainable Development Goals (SDGs), which are the follow-on to the Millennium Development Goals (MDGs) and provide the organization its post-2015 agenda. The MDGs united public policy with philanthropic passion in a way never before seen and tackled such issues as malaria (death rates cut nearly in half), extreme global poverty (incidences reduced by more than 50 percent), and gender inequality.

Ratification of the Law of the Seas treaty may be a nonstarter in a Republican-controlled Congress, but urging the inclusion of the ocean in the SDGs is something the U.S. can do behind the scenes. It is a welcome sign that policymakers are finally treating it as a potentially serious threat, though it is shameful the recent climate accord signed in Peru does not adequately address the "tragedy of the commons" taking place in the single largest piece in the climate puzzle: the ocean.

Viewed from outer space, the ocean is the most evident feature of our planet and arguably poses the greatest threat to our daily life with its current trajectory. We ignore or neglect it at our own peril.