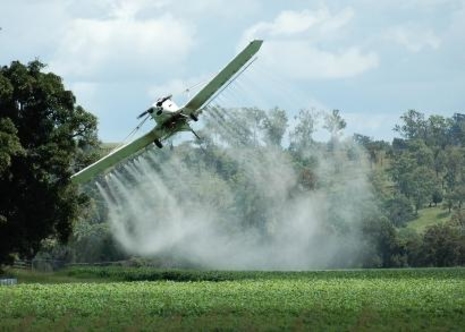 The pesticide chlorpyrifos does pose some health and safety risks to workers who mix, load and apply the chemical pesticide products, according to the EPA’s assessment released yesterday.

When used in large amounts, chlorpyrifos has the potential to pose risks in limited geographic areas when drinking water from small watersheds.

The agency says there were no additional risks from pesticide exposures in food or exposures to bystanders and workers from airborne chlorpyrifos. The latest USDA pesticide residue data show no concerns for chlorpyrifos in food, with the pesticide detected in less than 1 percent of samples.

Based on the results of the risk assessment, the EPA may impose additional restrictions to ensure that workers who use or work around areas treated with chlorpyrifos are protected and that drinking water sources are protected. The agency will now begin work on measures to reduce these risks.

In 2000, the EPA banned household uses of chlorpyrifos, with the exception of ant and roach bait in child-resistant packaging. Between 2000 and 2002 EPA cancelled the use of chlorpyrifos on tomatoes and restricted use on crops including apples, citrus and tree nuts. In 2012, the EPA imposed “no-spray” buffer zones around public spaces, including recreational areas and homes, and significantly lowered pesticide application rates.

In October, the EPA proposed removing 72 chemicals from its list of substances approved for use as inert ingredients in pesticide products.