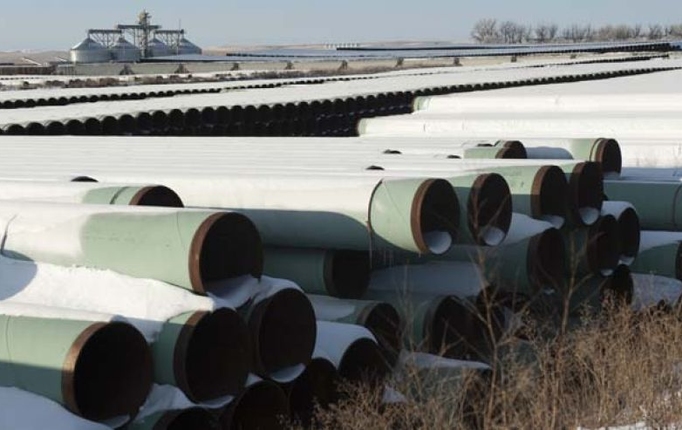 The White House vowed on Tuesday that President Obama would veto legislation that approves construction of the Keystone XL pipeline if it passes Congress.

"If this bill passes this Congress the president won't sign it either," White House press secretary Josh Earnest said on Tuesday of the pending Keystone legislation.

The bill is all but guaranteed to pass the Senate, with 60 co-sponsors as of Tuesday morning.

Earnest, though, said the president will not stray from the ongoing review process, citing litigation in Nebraska as the key reason behind Obama's decision to not sign Keystone legislation.

"Once that is resolved that should speed the completion of the evaluation of that project," Earnest said of the Nebraska case.

When asked if the president would be open to signing the bill if a broader package on Keystone included measures the White House may want from Congress, Earnest wouldn't be pinned down.

"I haven't heard any Republicans float that as a possible measure," Earnest said.

"The president has been pretty clear that he does not think circumventing a well-established process for evaluating these.

This piece originally appeared in The Hill.