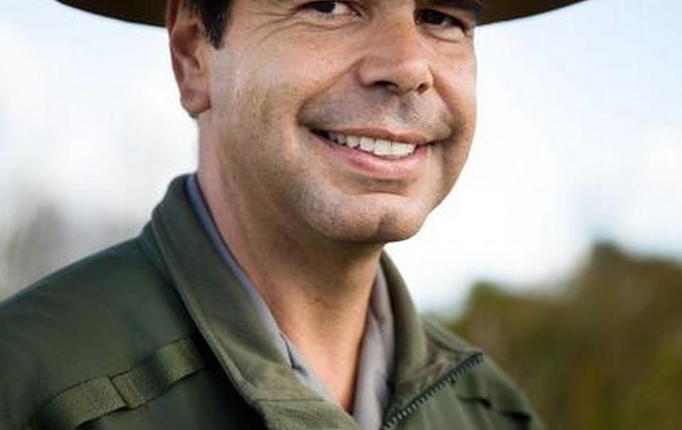 The National Park Service named a new superintendent for Everglades National Park Wednesday, sticking with a local well-versed in the complexities of the South Florida environment.

Currently the superintendent of Big Cypress National Preserve, Pedro Ramos will be the park’s first Hispanic chief when he takes over later this month. Ramos will also oversee the more remote Dry Tortugas National Park.

“I am tremendously honored to have been entrusted with the awesome responsibility of leading the stewardship efforts for Everglades and Dry Tortugas National Parks,” Ramos said in a statement. “These two special places are truly American treasures.”

Ramos started working at South Florida’s Big Cypress — one of the nation’s first preserves created in part to replenish freshwater flowing into the Ten Thousand Islands — in 2001 as an administrative officer. He was named superintendent in 2009.

Born in Puerto Rico, he attended college at the University of Massachusetts in Amherst, then spent a decade with the U.S. Department of Agriculture, first as a community development officer in the U.S. Virgin Islands and then as a regional director overseeing parts of New England and the Virgin Islands.

While both parks share environmental concerns, they are distinctly different places that Ramos will have to navigate. They also differ sharply from Big Cypress, a preserve that allows hunting, off-road vehicles and drilling. All are prohibited in national parks.

Ramos takes over Everglades National Park, the nation’s third largest park, as it continues to wage a decades-long struggle to restore the flow of freshwater to revive marshes and the Florida Bay.

Past superintendents have spent as much or more time lobbying for the park — about 2,400 square miles squeezed between two urban coasts inhabited by some eight million people — as managing it, said John Adornato, regional director for the National Parks Conservation Association.

“It is a very unique park in the system because of its need to engage in an outside activity called Everglades restoration,” he said.

But being a local allows Ramos to deploy ties that could aid in restoration work, Adornato said.

“Pedro has been in the community and developed a lot of relationships with a lot of people, so this will heighten the park’s perspective in some peoples’ eyes.”

Everglades managers have also grappled with creating a new park management plan for about 13 years. The plan has not been updated since 1978. Past proposals that placed heavy emphasis on conservation were rejected by sportsmen and anglers while environmentalists argued for tougher restrictions to preserve fragile marshes, seagrass beds and fish populations.

The plan is expected to be finalized any day, Adornato said.

“It’s a seesaw act and any superintendent has that challenge of balancing the seesaw,” he said.

This article first appeared in the Miami Herald.