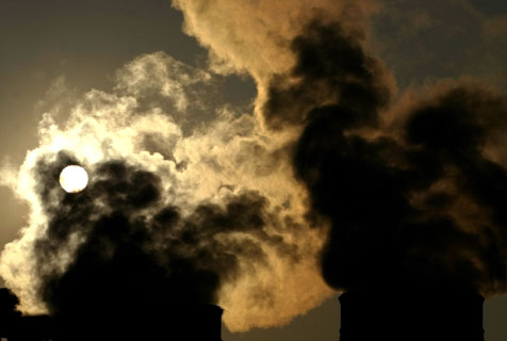 The EPA proposal would seek to cut methane emissions by up to 45% by 2025 based on emissions levels from 2012, White House and agency officials announced Wednesday.

Environmental groups and the Obama administration have become increasingly worried about the effects of natural-gas use on climate change as the U.S. produces more of the fuel.

Since 2005, natural-gas production has increased more than 50%. Methane emissions from the sector have dropped about 15% over that same period through 2012, according to EPA data, but the agency estimates these emissions will rise 25% over the next decade if steps aren’t taken to cut them.

The primary component of natural gas is methane, which the administration said has a warming effect on the planet more than 20 times greater than carbon dioxide.

Despite skepticism from environmentalists, the administration has supported natural gas as an energy source in part because it puts out far fewer carbon emissions than coal or oil.

Administration officials stressed their support for continued oil and gas production on a conference call with reporters Wednesday.

The regulations will “allow the industry to continue to grow and provide a vital source of energy for Americans across the country,” said Janet McCabe, acting assistant administrator for air and radiation at EPA.

The actions announced Wednesday jointly by the White House and EPA represent a sort of middle ground between what environmental groups wanted and what the oil and natural gas industry said they could support, though the administration left the door open for broader regulation later on.

The EPA rule, to be proposed in draft form later this year, would expand a regulation it imposed on the oil and gas industry in 2012 that focused on reductions of traditional pollutants but had the byproduct of cutting methane. Oil and gas companies had expressed support for stopping with this existing regulation and beefing up voluntary measures.

The agency will also propose methane standards for new oil and natural-gas sources under the same part of the Clean Air Act the agency is using to regulate carbon emissions from new power plants, a controversial plan that is a top target of congressional Republicans and some Democrats.

Environmental groups wanted the agency to also propose rules to cut down on methane emissions from existing sources, a move EPA isn’t expected to take today. However, the Clean Air Act legally triggers regulation on existing sources eventually if the agency pursues rules affecting new sources. That is the legal underpinning of EPA’s rule cutting carbon emissions from the nation’s existing fleet of power plants.

Separately, the Interior Department’s Bureau of Land Management is planning to propose a rule in April that will set a standard for companies to limit how much methane they waste when drilling for oil and natural gas. That proposal would only apply to production on public lands. Most of the new gas drilling, done using hydraulic-fracturing technology, is conducted on private lands.

Some energy-trade groups criticized the EPA’s move toward more regulation.

“We need our government to implement sound policies, but this plan seems to be based on politics,” said Jack Gerard, president and CEO of the American Petroleum Institute. “We hope EPA will work with industry during the regulatory process to ensure that any regulations are based on science and technology and don't impair the industry’s ability to supply America with energy.”

Many environmental groups praised the administration’s news but called for more aggressive actions.

”While setting methane standards for the first time is an important step, failing to immediately regulate existing oil and gas equipment nationwide misses 90 % of the methane pollution from the industry,” said Conrad Schneider, advocacy director of the Clean Air Task Force. “The administration is proposing to fight methane pollution with one hand tied behind its back, not using the full range of powers under the Clean Air Act to cut these emissions.”

This article originally appeared in the Wall Street Journal.