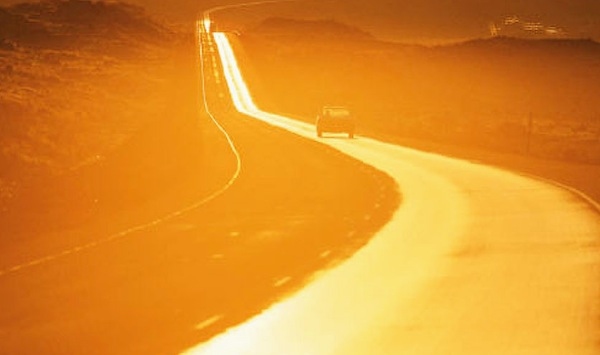 The numbers are in. The year 2014 – after shattering temperature records that had stood for hundreds of years across virtually all of Europe, and roasting parts of South America, China and Russia – was the hottest on record, with global temperatures 1.24F (0.69C) higher than the 20th century average, US government scientists said on Friday.

A day after international researchers warned that human activities had pushed the planet to the brink, new evidence of climate change arrived. The world was the hottest it has been since systematic records began in 1880, especially on the oceans, which the agency confirmed were the driver of 2014’s temperature rise.

The global average temperatures over land and sea surface for the year was 1.24F (0.69C) above the 20th-century average, the National Oceanic and Atmospheric Administration (Noaa) and Nasa reported.

That means nobody born since 1976 has experienced a colder-than-average year.

“Any one year being a record warm one is not in itself particularly significant, but this is one in a series of record warm years that are driven by the continuing underlying long-term global warming,” said Gavin Schmidt, director of Nasa’s Goddard Institute of Space Studies. “We expect that heat records will continue to get broken – not everywhere and not every year – but increasingly, and that does not bode well for a civilisation that is continuing to add greenhouse gases to the atmosphere at an increasing rate.”

“It is not just 2014, but the long-term trend, so we may anticipate further records in the years to come,” Schmidt said.

The odds of that temperature shift occurring because of natural climate variability were less than one in 27 million, according to the Climate Central research group.

“The data from Nasa and Noaa is the latest scientific evidence that climate change is real, and we must act now to protect our families and future generations,” said Barbara Boxer, the California Democrat and climate champion. “Deniers must stop ignoring these alarms if we are to avoid the worst impacts of climate change.”

The findings from Nasa and Noaa were in line with reports from the United Nations weather organisation, the UK Met Office and Japan’s meteorological agency confirming the steadily upward march of temperatures over the last decades. Thirteen of the 15 hottest years have occurred since 2000. “Nineteen eighty-eight was also a record warm year at the time. Now it doesn’t even rank in the top 20,” Schmidt said.

The scientists noted that the 2014 record occurred without the help of a strong El Nino, a global weather phenomenon known for pushing more heat into the atmosphere.

Campaign groups said the milestone ought to spur new efforts to fight climate change. “The Obama administration must back international efforts to achieve zero carbon emissions by 2050,” said Shaye Wolf, the climate science director with the Center for Biological Diversity. “We need a global agreement that keeps most dirty fossil fuels in the ground and provides ample support for developing nations to leapfrog into clean-energy economies.”

On the current emissions trajectory, the world will attain warming of 4 or 5C by 2100, which climate scientists say would be catastrophic.

Ocean surface temperatures were far warmer in 2014 than any year on record, especially in the northern Pacific. In April, westerly winds began spreading that very warm water out along the equator to the eastern Pacific and around to the Gulf of Alaska – releasing heat that had been locked in the depths for nearly a decade. The unusually warm waters shifted hurricane tracks, weakened trade winds, and led to widespread bleaching of coral reefs in Hawaii. Vast expanses of the northwestern and southeastern Atlantic, most of the Norwegian Sea, and parts of the central to southern Indian Ocean were also extraordinarily warm. Global sea-surface temperatures were 1.03°F (0.57°C) above the 20th-century average.

Much of Europe and parts of North Africa sweated out heatwaves. Britain saw its hottest summer in three and a half centuries. Nearly every weather station set new records. Transport crew in Norway had to hose down runways to prevent them buckling in the heat. Finns were warned they may soon face Decembers without snow. Australia had a series of heatwaves.

For North America – aside from California and Alaska – it was the opposite story. The year was so cold it spawned two new meteorological terms: polar vortex for the Arctic blast at the beginning of the year and lake effect, for the 2ft of snow dumped on Buffalo in November.

The year also brought heavy rainfall and flooding in some countries.

Parts of Turkey saw five times the normal amount of rain, and France experienced its wettest summer since 1959. Rivers broke up earlier than ever recorded in Siberia. Millions of people were affected by heavy rains and severe flooding in northern Bangladesh, northern Pakistan and India.

It was another year of declining sea ice in the Arctic. However, Antarctica actually saw the highest sea ice extent. “There are some interesting things going on in Antarctica,” Nasa’s Schmidt said.