Voces in Action
Climate Gets a Seat: Scientist and clean air advocate Nicole Hernandez Hammer will be a guest at tonight's State of the Union.
View News Categories
+ 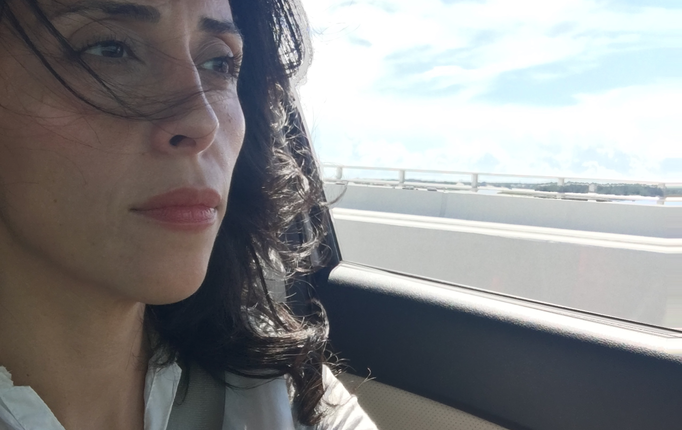 First Lady Michelle Obama will welcome a wounded warrior, an Ebola doctor, a police officer, and even an astronaut to her box at tonight’s State of the Union address. But the special guest warming the hearts of environmentalists is Nicole Hernandez Hammer, a Florida scientist–turned–clean air campaigner whose presence will reinforce President Obama’s commitment to fighting climate change.

Born in Guatemala and raised in southern Florida, Hammer, 39, studies sea-level rise and has seen firsthand how the rising oceans can devastate coastal communities. When Hammer was 16, Hurricane Andrew destroyed her family’s home. Now, not far from where she currently lives, Miami Beach is shelling out hundreds of millions of dollars on pumps to help prevent sea-level rise from flooding the city.

But it was the demographics of climate change that really struck a chord for Hammer and turned her from climate scientist to climate advocate.

“Looking at the places that are more vulnerable to sea-level rise and seeing how closely that matches up to the places with the largest Latino communities was really kind of an eye-opening moment,” Hammer says. A recent NOAA report found that although 39 percent of Americans live along the coastline, 49 percent of the country’s Latino population resides there. And Hammer’s hometown of Miami—the U.S. city most at risk economically from sea-level rise—is nearly 70 percent Hispanic.

“I understand the science, I know the impacts,” says Hammer. “I felt like I needed to turn more of my efforts and my time toward advocacy and education.” And that’s exactly what she did.

Hammer now works with the Union of Concerned Scientists to make the latest climate science more accessible to Latino communities. She distributes educational materials in both English and Spanish and regularly meets with local leaders to discuss the particular risks their neighborhoods face. Hammer wants to make sure that those most vulnerable to climate change have a say in shaping the policies that could protect them.

Latino communities also tend to be clustered in urban areas where air pollution is the highest. Kids who grow up breathing dirty air are at a higher risk for certain diseases, such as asthma. A 2011 report by NRDC (which publishes Earthwire), found that Hispanic children are 60 percent more likely to suffer from asthma than non-Hispanic whites.

Hammer serves as the Florida field organizer for the Moms Clean Air Force, a group of parents (don’t worry about the name, dads, you can join, too) dedicated to protecting their children’s health by fighting carbon pollution.

Hammer is currently working hard to organize the Mama Summit in the spring, when parents from around Florida will head to Tallahassee and demand action on climate change. They won’t be alone. Moms Clean Air Force groups from all over the country will be at the steps of their state capitals for the same reason.

Mobilizing the Latino constituency gives the larger environmental movement sway. “We’re being recognized as an important group to talk to, politically," she says. "If we are recognizing that climate change is an issue for us, then that moves the whole discussion forward across the board.” And for that, I think Hammer deserves a First Lady fist bump.