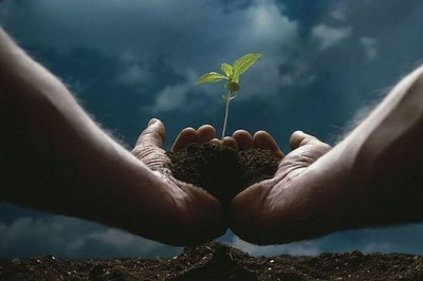 It is nearly 27 years now since a Nasa scientist testified before the US Senate that the agency was 99% certain that rising global temperatures were caused by the burning of fossil fuels.

And the Senate still has not got it – based on the results of three symbolic climate change votes on Wednesday night.

The Senate voted virtually unanimously that climate change is occurring and not, as some Republicans have said, a hoax – but it defeated two measures attributing its causes to human activity.

Only one Senator, Roger Wicker, a Republican from Mississippi, voted against a resolution declaring climate change was real and not – as his fellow Republican, Jim Inhofe of Oklahoma once famous declared – a hoax. That measure passed 98 to one.

But the Senate voted down two measures that attributed climate change to human activity – and that is far more important.

Unless Senators are prepared to acknowledge the causes of climate change, it is likely they will remain unable and unwilling to do anything about it.

Democrats had planned the symbolic, “sense of the Senate” votes as a way of exposing the Republicans’ increasingly embarrassing climate change denial. Further climate votes will come up on Thursday.

Two were tacked on as Democratic amendments to a bill seeking to force approval of the contentious Keystone XL pipeline – despite a veto threat from Barack Obama.

The third, introduced by a Republican, affirmed climate change was real but expressed support for the Keystone XL pipeline.

The first vote, introduced by the Rhode Island Democrat, Senator Sheldon Whitehouse, said only: “To express the sense of the Senate that climate change is real and not a hoax.”

But Republicans have grown canny about being called out as climate deniers. For the Republican party leadership the current preferred phrase now is: “I am not a scientist” – which casts doubt but avoids outright denial. However, Obama made that line a butt of his jokes in the State of the Union address.

Inhofe, the veteran climate denier in the Senate and incoming chair of the Senate Environment and Public Works Committee, stunned a number of Democrats when he asked to co-sponsor the amendment.

For a moment it looked like the ultimate climate denier had had a change of heart – but no. Inhofe was ready to acknowledge climate change was occurring but he was adamant it had nothing to do with human activity such as the burning of fossil fuels.

“Climate is changing and climate has always changed and always will,” Inhofe told the Senate. “The hoax is that there are some people who are so arrogant to think they are so powerful they can change climate. Man can’t change climate.”

The quick thinking from Inhofe now leaves Wicker, the new chair of the National Republican Senatorial Committee, as the only Republican to still embrace the entire idea of climate change as a hoax.

Wicker did not immediately comment on his vote. But he has regularly said that there is no firm evidence of global temperature rise.

An amendment introduced by the North Dakota Republican and Keystone bill sponsor, John Hoeven, attributed climate change to human activity, but said the pipeline would have no significant impacts. Fifteen Republicans voted in favour, but the measure still failed by one vote, 59-40.

Rand Paul of Kentucky, Marco Rubio of Florida, and Ted Cruz of Texas – all thought of as leading Republican contenders for the 2016 presidential race – voted against. The bill was defeated 50-49.

“I’m hoping that after many years of darkness and blockade that this can be a first little vote beam of light through the wall that will allow us to at least start having an honest conversation about what carbon pollution is doing to our climate and to our oceans,” Whitehouse told the Senate.

But the Senate has acknowledged the existence of climate change before and, as long ago as 2005, voted to affirm that human activity was its driver.

Since 2005, there has been an entire decade of accumulating evidence in real-time of the effects of climate change – and its threat in the future.

“We are worse off than 2005,” said Robert Brulle, a sociologist at Drexel University who writes about the climate denial movement. “The resolution saying that anthropogenic climate change is real and we need to act passed in 2005, and failed in 2015,” he said in an email. “A similar resolution failed today. 10 years, more certain science, less political will.”