Voces in Action
Conservation and the Environment: Priorities for Latinos in 2015
View News Categories
+ 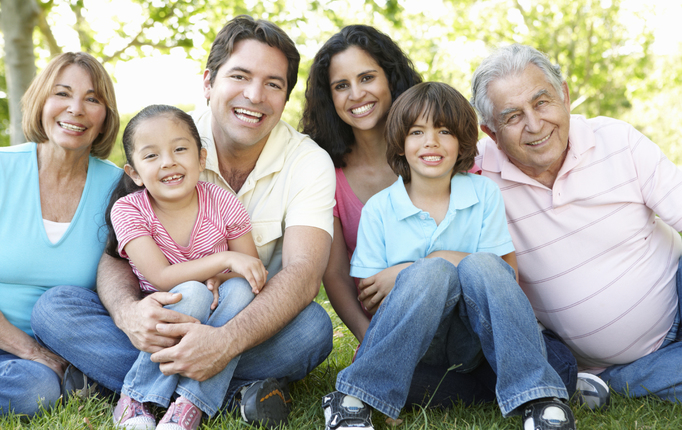 A couple of days before the New Year, I was asked to comment on the one big issue that I thought was important for Latinos in 2014, and how that issue might look in 2015. I mentioned the health of our environment and our access to open spaces and public lands, especially in the west, where the land supports some of our centuries-old traditional communities. These landscapes and waterways are part of our identity, and our continued access to them shouldn't be compromised for short-term gains. Their health is paramount to our own. If Madre Tierra isn't healthy, our communities suffer.

People who care about protecting the places we love and where we live have had a rude awakening these first weeks of 2015. As state and federal legislatures have gotten under way, we have already seen wheels in motion to run over or slow down efforts to take care of the planet and its inhabitants. New congressional committee chairs and other elected officials are already pushing agendas that effectively dismantle, delay or obstruct efforts to protect the climate, the health of our ecosystems, and the integrity of our public lands.

Make no mistake, the new Congress will try to remove roadblocks to the unmitigated expansion of fossil energy development and in the process impede our access to places of cultural significance and recreational value. Their actions could lead to further pollution of the air, watersheds and aquifers, and destroy wildlife habitat on lands that are vital to our communities.

Meanwhile, the president reminded us in his State of the Union speech on Tuesday night that his administration has "set aside more public lands and waters than any administration in history," and we thank him for his commitment to clean air, clean water, and healthy ecosystems. Yet we still have more work to do on this front. Part of this work involves protecting the strides we have already made, and President Obamaaffirmed clearly in his State of the Union speech that he "will not let this Congress endanger the health of our children by turning back the clock on our efforts."

"Turning back the clock" may be in part a reference to the likelihood of renewed efforts by Congress to dismantle the Antiquities Act, the very law that has empowered all but three presidents since Teddy Roosevelt to designate national monuments. Latinos have been instrumental in the designation of some of our newest national monuments over the last couple of years. Rio Grande Del Norte, Organ Mountains-Desert Peaks and the San Gabriel Mountains National Monuments owe much to Latino organizations and faith communities for convincing this administration that these places should be protected, and our continued access to them honored. To eliminate the Antiquities Act will be to destroy a useful tool in protecting places of recreational, cultural and ecological value.

There are more lands that need protection, such as Browns Canyon in Colorado,Berryessa Snow Mountain region in California and Boulder-White Clouds in Idaho. We should challenge the president to protect those lands as well.

He also must ensure that the clock is not turned back on the environmental health of not only national monuments, but also all public lands overseen by the Department of the Interior and the Department of Agriculture, ensuring oil and gas development no longer threatens places that are important to our health and our traditions. Where development does occur, he must press the Bureau of Land Management to hold development corporations to the highest standards, including curtailing methane releases and protecting watersheds and aquifers from pollutants and industrial chemicals. And he must press them to implement Master Leasing Plans, which allow communities living near, for example, the San Juan Basin in New Mexico or the Tres Rios region in Colorado, a greater say in how and where development can occur.

Our federal public lands are our nation's shared heritage. However, even the very idea of public lands is being challenged today. On the state level, a movement to hijack nearly all federal public lands and turn them over to states has gained ground. This movement wants us to turn over places such as national forests where we enjoy hiking, fishing and hunting and relinquish them to state agencies which are already too poor to manage the acreage they presently oversee.

This can only lead to one thing: if transferred to states, federal public lands will be privatized, sold, and developed, and the United States could lose what many perceive as its greatest asset. Although this movement to take over federal lands is currently taking place in state governments, if it gains further ground, the fight will ultimately land in Washington, D.C.

This year's State of the Union Address contained just two sentences about public lands, but they are important ones, and we can only hope that President Obama will rise to the challenges ahead, continuing the good work he has started. As I stated at the New Year, Latinos have much at stake in the public conversation about the environment and conservation. Along with the president, we should rise to the challenge to ensure that our communities can continue to enjoy healthy public lands for recreation, for subsistence, and for continuing cultural traditions. We can "start the work right now" and help lead the charge to protect the lands we love.