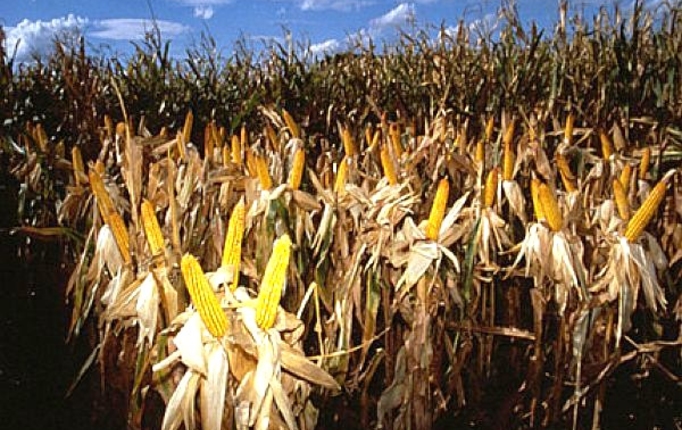 Climate change and genetically modified (GM) food are the two things on which Americans and American scientists just do not agree, according to new data from Pew Research.

The study, entitled 'Public and Scientists' Views on Science and Society', compared the views of ordinary Americans to those of scientists connected to the American Association for the Advancement of Science (AAAS) on issues ranging from biomedical research to energy to space exploration.

There are some things on which both groups are equally divided — most are happy with space station investment, and a similar number don't want to see an increased use of fracking — but the results reveal a chasm between the people and the PhDs.

Here are 8 things on which they don't see eye-to-eye:

Only half of Americans believe climate change is mostly man-made, whereas a whopping 87 per cent of scientists say it is. Pew analysis confirms that this is a partisan issue, with 71 per cent of Democrats saying fossil fuels are causing climate change and the very same number of Republicans saying it's either down to nature or not happening at all.

89 per cent of scientists favour using animals in biomedical research, but fewer than half of Americans endorse this opinion (47 per cent).

It's kind of hard to believe, but 2 per cent of the scientists surveyed disagreed that humans have evolved over time. Still, that means 98 per cent say Darwin was right. Americans otherwise largely believe in evolution (65 per cent) but that 33 point swing is significant.

Like with GM, scientists and Americans just don't agree. Whilst 28 per cent on Americans would say no to food grown with pesticides, 68 per cent of scientists say it's a-okay.

Finally something that the American people prefer. Going hand-in-hand with their differing opinions on climate change, most scientists don't want increased drilling for fossil fuels (68 per cent) whilst a marginal majority of the American people say it'd be a good thing.