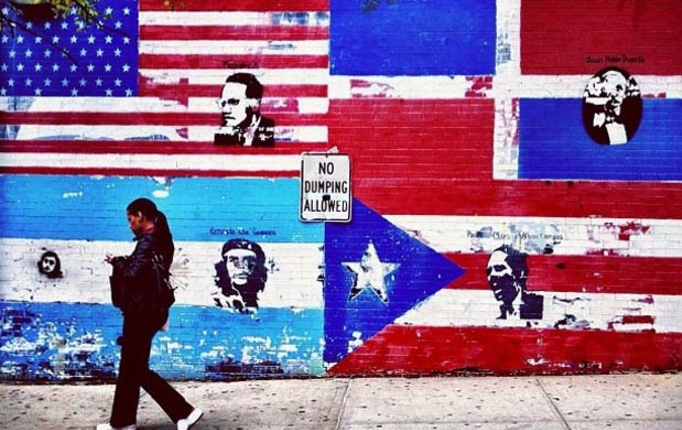 WASHINGTON — Alfredo Padilla grew up in Texas as a migrant farmworker who followed the harvest with his parents to pick sugar beets in Minnesota each summer. He has not forgotten the aches of labor or how much the weather — too little rain, or too much — affected the family livelihood.

Now an insurance lawyer in Carrizo Springs, Tex., he said he was concerned about global warming.

“It’s obviously happening, the flooding, the record droughts,” said Mr. Padilla, who agrees with the science that human activities are the leading cause of climate change. “And all this affects poor people harder. The jobs are more based on weather. And when there are hurricanes, when there is flooding, who gets hit the worst? The people on the poor side of town.”

Mr. Padilla’s concern is echoed by other Hispanics across the country, according to a poll conducted last month by The New York Times,Stanford University and the nonpartisan environmental research group Resources for the Future. The survey, in which Mr. Padilla was a respondent, found that Hispanics are more likely than non-Hispanic whites to view global warming as a problem that affects them personally. It also found that they are more likely to support policies, such as taxes and regulations on greenhouse gas pollution, aimed at curbing it.

The findings in the poll could have significant implications for the 2016 presidential campaign as both parties seek to win votes from Hispanics, particularly in states like Florida and Colorado that will be influential in determining the outcome of the election. The poll also shows the challenge for the potential Republican presidential candidates — including two Hispanics — many of whom question or deny the scientific basis for the finding that humans caused global warming.

And 63 percent of Hispanics said the federal government should act broadly to address global warming, compared with 49 percent of whites.

Over all, the findings of the poll run contrary to a longstanding view in politics that the environment is largely a concern of affluent, white liberals.

“There’s a stereotype that Latinos are not aware of or concerned about these issues,” said Gabriel Sanchez, an associate professor of political science at the University of New Mexico and director of research at Latino Decisions, a survey firm focused on the Hispanic population. “But Latinos are actually among the most concerned about the environment, particularly global warming.”

One reason, Mr. Sanchez and others said, is that Hispanics often live in areas where they are directly exposed to pollution, such as neighborhoods near highways and power plants.

Hispanics typically rate immigration, education and employment in the top tier of the policy issues on which they vote, but the poll is the latest in a growing body of data showing that Hispanics also care intensely about environmental issues.

A 2014 study in the scientific journal PLOS One found that nationally, minorities were exposed to concentrations of the toxic pollutant nitrogen dioxide that were 38 percent higher than what whites faced. Nitrogen dioxide is linked to respiratory illness and, like planet-warming carbon dioxide, is spewed from vehicle tailpipes and power plant smokestacks. While it is not directly linked to global warming, populations that experience high levels of exposure to it are likely to be more supportive of pollution regulation, Mr. Sanchez said.

The nationwide poll was conducted Jan. 7 to 22 using cellphones and landlines by The Times, Stanford and Resources for the Future. Interviews were in English or Spanish with 1,006 adults, including 738 non-Hispanic white adults and 103 Hispanic adults. The margin of sampling error is plus or minus four percentage points for non-Hispanic white adults and 12 percentage points for Hispanic adults.

The combined results have been weighted to adjust for variation in the sample relating to geographic region, sex, race, Hispanic origin, marital status, age, education and, for landline households, the number of adults and number of phone lines. In comparing subgroups, The Times reports only poll results that are statistically significant.

Tony Vazquez of San Jose, Calif., a poll respondent and a former truck driver who now makes nickel plates for car parts, said in a follow-up interview that he would support policies such as national taxes on greenhouse gas pollution.

“Where I live, you don’t know what you’re breathing — smog and pollution from refineries, ships, diesel trucks,” Mr. Vazquez said. “You’re breathing it all.”

Hispanics are also more likely to be concerned about the impact of global warming outside the United States, Latino researchers say, particularly in Latin America, Mexico and the Caribbean. Stronger droughts and storms there can lead to flooding or shortages of food and water, but people and governments may not be equipped to handle that.

President Obama has proposed spending $3 billion on a global Green Climate Fund intended to help poor countries adapt to the effects of climate change, but Republicans in Congress have been sharply critical of that plan. In contrast, two-thirds of Hispanics in the poll said the United States government should give money to poor countries to help them reduce the damage caused by global warming. Two-thirds of whites said the United States should not provide the money.

“The real issue here is whether a dollar spent fighting climate change is better than a dollar spent improving schools, health care or national security,” said Whit Ayres, a Republican pollster. “Most Republicans are going to find greater political advantage in promoting credible plans to strengthen the economy, improve education and make progress on a host of other issues, including immigration, rather than climate change.”

In Florida, a state that will be crucial to presidential candidates, Nicole Hernandez Hammer, a sea-level rise researcher of Cuban-Guatemalan descent, is working to raise awareness of climate change among Hispanic voters. Last month, she was invited to sit in the first lady’s box during Mr. Obama’s State of the Union address.

Of Hispanics’ growing interest in climate change issues, Ms. Hammer said: “We’re not at rallies. Latinos in immigrant communities are more concerned about putting food on the table.”

But, she said, “We know that our communities are disproportionately more vulnerable to the impacts of climate change, so when it comes time to vote, we make our voices heard on the issue.”

This article originally appeared on the New York Times.