Voces in Action
Latinos Choose the West for Environment, Fight for Protection Because of Passion
View News Categories
+ 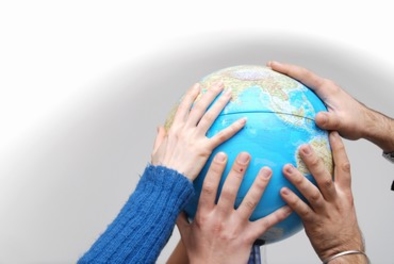 Latinos Choose the West for Environment, Fight for Protection Because of Passion
February 13, 2015
Climate Change
Environment

For many, economic opportunities like employment or cost of living can have significant bearing on where we choose to live. But, the results of the new Colorado College State of the Rockies Project Conservation in the West Poll tell a different story.

When Latinos were asked why they choose to live or remain in Western states, two other reasons were ranked higher. Eighty-nine percent of Latinos cite a healthy, outdoor lifestyle and 87 percent indicate clean air, clean water and environment as to why they choose to live in the West. In comparison, 79 percent and 78 percent of respondents cited cost of living and economic opportunities respectively.

While Latinos are less likely than other Westerners to have ever lived outside of their current state, it's a testament to just how important of a role environment plays in their lives.

On the surface, these finding may be surprising. But, having grown up there and having worked with Latino communities throughout the West, I've seen firsthand the cultural and spiritual connections with nature, the passion for outdoors and how places like parks and public lands are utilized to unite our friends and families. Interestingly, more and more, our involvement is evolving from enjoyment and recreation to advocating for its protection and preservation.

Last fall, a group of Latino youth from the Coachella Valley region in California spent a weekend camping and hiking throughout Joshua Tree National Park and the Mojave National Preserve. They took the time to not only connect with nature, but celebrate the anniversary of the California Desert Protection Act and share their opinions with friends through social media.

As part of Latino Conservation Week last year, more than 17 events were held across six Western states - even more are expected this July. As part of this week, churches from Denver and Greeley, Colorado took 60 Latino youth to Browns Canyon for rafting and camping and emphasized the need to protect the area for future generations. In Las Vegas, Latino religious leaders took dozens of youth and their families to Lake Mead and discussed the need to preserve the Colorado River, which has been the centerpiece of water issues in the West.

Latinos have embraced a more visible and vocal role in protecting public lands.

In fact, in just the last year Latinos were at the forefront to protect the San Gabriel Mountains in California and Organ Mountains-Desert Peaks in New Mexico as national monuments. Pastor Ricky Lopez, whose church is located at the base of the San Gabriel Mountains, captured the spirit of the Latino community when he told President Obama at the monument designation signing that "the mountains are a blessing for our community."

And currently in Colorado, Latinos have been flexing their political muscle in the effort to protect Browns Canyon as a national monument. Several Latino youthtraveled to the area in December for the U.S. Department of Agriculture's public meeting to share their experiences with the area and why Browns Canyon should be protected. These same youth went rafting there a couple of years ago and then raised money within their church so they could travel to Washington, D.C. to speak with their elected officials, the Department of the Interior, the National Park Service and the White House.

This leads us back to another interesting finding in the State of the Rockies poll.

The survey found that 86 percent of Latinos polled support keeping the Antiquities Act, which grants the president - or executive office - the ability to protect federal lands as national monuments. Yet, the Antiquities Act has been under fire as members of Congress are looking to limit the abilities it provides.

The Antiquities Act, signed into law in 1906 by President Theodore Roosevelt, has been used by 16 presidents - eight Republicans and eight Democrats - to create more than 130 national monuments. The current administration has used the Antiquities Act multiple times to protect lands that provide a significant cultural connection for the Latino community, including the César E. Chávez National Monument. Without it, these lands would still be in jeopardy.

Latinos recognize the importance of the Antiquities Act - not just for today's president, but for tomorrow's too. We care deeply about the well-being of our children and future generations, and we understand the vital need to balance conservation and economic activity like energy development. We can do both. That balance sets precedence for future generations.

Another important finding involves the Land and Water Conservation Fund. 74 percent of Latinos want to see funding continue for LWCF, which receives fees charged to oil and gas companies that drill offshore. Those fees are then used to conserve natural areas, clean water and ensure access to outdoor recreation, which in some cases includes the creation of new parks. For many Latinos, this promise of funding LWCF and protecting our public lands is our moral responsibility.

Time and again, we hear Latino youth and community leaders say, these public lands are important to us and we must protect them for the future so our families, our children, and their children can enjoy them as we do now.

The outdoors and clean environment is a major factor of what motivates Latinos to live in the West. Their passion is what motivates them to fight for its protection.