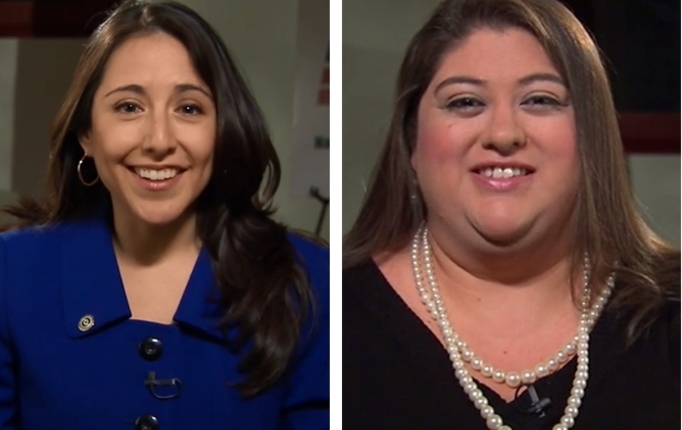 Reflections from two of our Voces Verdes leaders
April 3, 2015
Leaders

On the heels of Women's History Month, two of our very own Voces Verdes leaders share their personal stories and reflections on the critical role of Latinas in this country.  Check out the below videos and share them with other Latinas you admire.

Zuraya Tapia is the Director of Development for the U.S.-Mexico Foundation (USMF). Prior to joining USMF, Zuraya served as Executive Director of the Hispanic National Bar Association. In addition to her experience leading a national organization, throughout her career she has held positions in national policy and legislative affairs at NDN (a DC-based political think thank), as staff in the U.S. House of Representatives, and began her career in private law practice at Shaw Pittman LLP.  She is a regular commentator in Spanish-language media on policy issues in the U.S. and a panelist on issues regarding immigration and diversity.

“It's critical for Latinas to be involved in public policy both at a local and federal level, because we are care takers, we are mothers, we are daughters, we are often times the bread winner or primary bread winner at home. And so all the decisions being made around us every single day impact our lives, and we have to have a stake in it.”

Amy Hinojosa is the Executive Director of MANA, A National Latina Organization, (MANA) one of the oldest and largest Latina membership organization in the United States.

Prior to joining MANA, Amy served as the Executive Director of the National Association of Hispanic Publications, Inc. (NAHP) and the National Hispanic Press Foundation (NHPF), based in Washington, DC. NAHP is a non-partisan trade advocacy organization representing the leading Spanish language publications in the United States, and NHPF is the partner non-profit organization that promotes Hispanic publications through community outreach to academic and professional institutions, facilitation of research and recognition of excellence in the field.

“I think it’s absolutely critical for Latinos to not only take the voice that we know they have, within their families and local communities but to bring that broader message to the United States, because we are critically unrepresented, and I think women have strength and power, particularly Latinas, to make a difference, and to be strong advocates.”