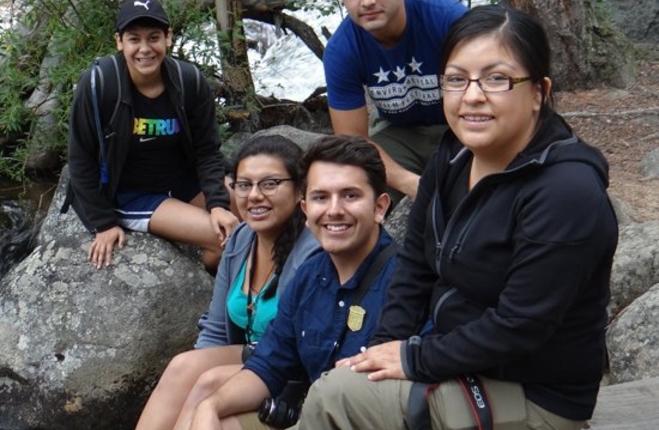 A groundbreaking study released today finds evidence that Latinos’ stated concerns for the environment and protection of America’s public lands is demonstrated at the voting booth – and impacts policy. The new research brief, released by leading pollster Latino Decisions and the nonprofit Hispanic Access Foundation, analyzed the results of four 2014 environmental ballot initiatives from Florida, California, Colorado and New Mexico. Experts determined that Latinos’ voting habits on these state ballot initiatives closely correlated with their stated support for conservation. Moreover, in some states, Latino voters were a key factor in the passage of the environmental ballot initiative.

“This report provides definitive proof to what we’ve seen across the country – there is a significant, growing Latino movement that is both advocating and voting for greater environmental protections of our parks and public lands -- and having a real influence on Election Day outcomes on these issues,” said Maite Arce, president and CEO of Hispanic Access Foundation. “The Latino population is the fastest growing segment in the country. Policy-makers need to realize that their engagement in conservation could have a far-reaching impact on elections, and the protection of our clean air, water and public lands.”

In California: In 2014, voters passed California Proposition 1, a $7.1 billion water bond, which included $1.5 billion for land conservation. Sixty-seven percent of voters supported this measure while only 33 percent voted in opposition. With 25 percent of the voting bloc identifying as Latino, pollsters estimate that the passage of Proposition 1 would have been unlikely without Latino support.
In Colorado: In Larimer County, home to Colorado State University and Rocky Mountain National Park, voters were asked to approve a 25-year sales tax extension to protect natural areas, open spaces, and rivers. Voters approved the sales tax extension overwhelmingly: 81% voted for the measure while only 19% voted against it. In Colorado, 11% of all voters are Latino.
In Florida: The Florida Water and Land Conservation Initiative (Amendment 1) was a state constitutional amendment that was approved by voters with strong margins. According to official voter registration statistics ,19 percent of all voters in Florida are Latino. And in majority-Latino communities, more than seventy-five percent of voters supported the amendment, which provided funding to protect drinking water, acquire, restore, improve and manage wetlands, fish and wildlife habitats as well as recreational lands.
In New Mexico: Voters in Bernalillo County, the most populated county in the state with over 600,000 residents, were asked in the 2014 election to decide whether to approve a 15-year property tax increase for open space and natural areas. According to voter registration statistics, 35 percent of the voting bloc in New Mexico is Latino. In the November 2014 election, 72 percent of voters approved the measure. Support from the Latino community was crucial for electoral success.

“Clean air and water, preserving public lands, climate change and promoting clean energy solutions are all matters of concern for this rapidly- growing electorate,” said Dr. Matt Barreto, founder of Latino Decisions and one of the report’s author. “Decision makers and advocates with national and regional constituencies will need to demonstrate their attention to these concerns and policy preferences as the Latino population and electorate continues to grow into the foreseeable future.”

Since its founding in 2010, HAF has made building environmental awareness among Latinos, going outdoors and empowering advocates one of its top priorities. During the last five years, HAF has experienced a growing number of Latino youth and community leaders clamoring for opportunities to participate in efforts for clean water, balanced energy development on public lands in the west, conservation funding, and enhanced protections for parks and monuments.

“When you recognize how many aspects of our lives are affected by the environment, it’s not surprising that Latinos are so passionate about conservation,” said Arce. “From cultural heritage and recreation to farming and employment, environment and public lands protection are issues of vast importance to the Latino community. And we’re now seeing that concern in the voting booth.”

The full report can be downloaded at: http://hispanicaccess.org/sites/default/files/Sense_Of_Community.pdf.