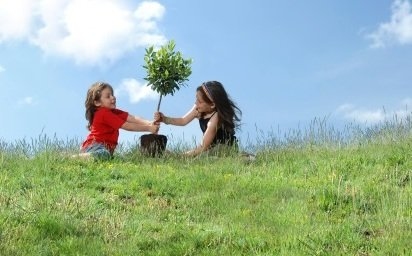 Latinos will face some of the greatest risk from efforts to block the Environmental Protection Agency (EPA) updates health safeguards protecting Americans from ozone, mercury and other dangerous air pollutants.

A 2011 report from the Natural Resources Defense Council (NRDC), National Latino Coalition on Climate Change, the Center for American Progress, and the National Wildlife Federation, “U.S. Latinos and Air Pollution: A Call to Action” came just days after President Obama pulled back the EPA’s stronger standard for ozone, and shortly before a series of votes planned for the US House to block additional safeguards to protect public health from power plants, cement kilns and other industrial plants. Read more[PR1]

High health care costs weigh heavily on many Americans who are uninsured or underinsured and already struggling with the economic downturn.

Latinos are hit especially hard by unexpected health care costs, since approximately two out of every five Hispanics were classified as uninsured in both 2004 and 2008, according to the CDC.

Latino unemployment continues in the double digits and paying for unforeseen medical bills and prescriptions can be devastating.

Taking days off from work to care for yourself or ill family members translates to days of lost pay and often lost jobs. For many employed in construction and agricultural trades, days off are simply not an option.

This is the next generation of our workers, our leaders and we really must consider how our programs are critical to our healthy lifestyle.

According to a recent study, African-American and Hispanic children in all age groups are significantly more likely to have an asthma diagnosis than white children.

Even among insured kids, African-American children of all ages and Latino kids ages 5-10 are more likely than whites to have avoidable hospitalizations or emergency room visits due to asthma.

A May 2013 poll by Latino Decisions and Voces Verdes found that 84% of all Latinos “favor or oppose the Environmental Protection Agency (EPA) setting safeguards to limit air pollution that impacts the public health?”

A 2008 Sierra Club poll of 1,000 Latino voters nationwide found that 51 percent stated that air and water pollution was the most important environmental problem they faced. Sixty-six percent stated that they didn’t know how close their home or workplace was to a toxic site such as a freeway, factory, chemical plant, or refinery—sources of harmful pollution that put the health of their families at risk.

Although some politicians and polluting industries have tried to portray proposals to curb air pollution as job killers, most Latinos believe that switching to clean energy is consistent with a good economy, according to a 2010 poll by the National Latino Coalition on Climate Change.

A strong majority in Nevada (72 percent), Florida (66 percent), and Colorado (64 percent) believed that reducing pollution from energy generation would create new U.S. jobs rather than eliminate them.

Protecting our children and communities from smog and air toxics must be taken seriously. With the health of so many at risk, we can no longer ignore the science.

EPA’s science advisors have determined that the current smog limit does not adequately protect human health and unanimously recommended lowering that standard.

Smog pollution above these levels causes significant health effects like diminished lung function and inflamed airways, and can aggravate asthma or other lung diseases.

Despite these risks, President Obama recently decided to ignore EPA and the risks and leave the current weak standard in place.  This will mean more lives lost and more asthma attacks—suffering that Latinos will disproportionately bear.

The American Lung Association estimates that nearly half of all U.S. citizens (48.2 percent), almost 148.1 million, and nearly 37 million children aged 18 and under live in areas with unhealthy levels of ozone pollution year-round. Similarly, the Centers for Disease Control estimates that 48.4 percent of all Hispanic-Americans live in counties that frequently violate ground-level ozone standards.

As a result, more than 23 million Latino children, grandparents, siblings, and friends consistently face a higher risk of asthma, bronchitis, and even death from air pollution.

The largest Latino communities in the US are in Arizona, California, Florida, Illinois, New Mexico, New Jersey, New York, Nevada, and Texas. Many of these are also home to the country’s worst ozone pollution. As a result, nearly one out of every two Latinos lives in the most ozone-polluted cities.

Health risks related to ground-level ozone are greater for people who spend time outdoors at work or play because the lungs are exposed to more ozone pollution.

Many Latinos work outside in construction and agricultural trades, which puts Latinos at even greater risk from the damaging health impacts of smog.

As of 2008, 4.7 million Hispanics had been diagnosed with asthma in their lifetime. Latinos are three times more likely to die from asthma than other racial or ethnic groups.

Despite repeated calls to strengthen the smog standard as required under the Clean Air Act, on September 2, 2011, the Obama Administration chose to delay a revision to the unprotective standard capitulating to calls by industry that a health protective standard would pose an undue regulatory burden leaving millions of Americans facing an unnecessary and undue risk.

In March 2011, for the first time the EPA proposed standards to limit mercury, arsenic, and other air toxics from power plants. Mercury is a highly dangerous neurotoxin that can damage the brain, heart, kidneys, lungs, and immune system of people of all ages but is especially hazardous for young and developing children.

Every year, coal-fired power plants emit 772 million pounds of toxic chemicals into the air we breathe—more than 2.5 pounds for every man, woman, and child in this country.

As in the case of ozone, the mercury rule would be especially beneficial for the Latino community, because 39 percent of Latinos live within 30 miles of a power plant.

The CDC reports that Latino children have higher levels of mercury in their bodies compared with non-Hispanic white children.

The EPA also projects that the proposed mercury and air toxics standards will create up to 31,000 short-term construction jobs and 9,000 long-term utility jobs, as workers are hired to bring power plants into compliance.

On average, Hispanic workers occupy two out of every three new construction jobs in the United States. New standards could bring relief to thousands of Latino families suffering under the economic downturn.

[PR1]Opens to a new page with the information below