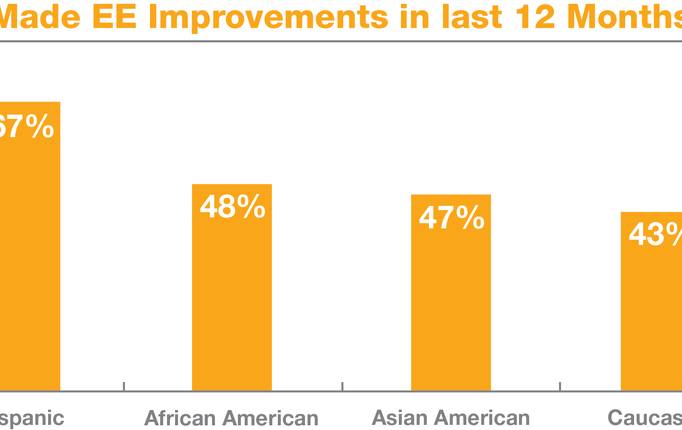 Who are the homeowners who invest in energy efficiency, based on their demographics?

It’s likely not something you spend a lot of time thinking about — which is why the answers may be surprising.

While Hispanics have been the most active, African Americans also demonstrate interest in energy efficiency and take action, Treston says.

The results weren’t surprising to the researchers. They’ve seen these trends before, says Treston. “Hispanics and African Americans are more likely to care about environmental issues. As data indicates, both groups feel a disproportionate amount of the ill effects of industrial pollution and thus they are more likely to support environmental causes. There are connections to that idea and being more energy efficient at home, so it is not particularly surprising to see Hispanics and African Americans expressing interest and action.”

The study also found that nearly 60 percent of homeowners report that they enjoy taking on home improvement and DIY projects, yet fewer than half (46 percent) made an energy efficiency improvement in the past year. In addition, less than 10 percent rate their homes as very efficient, yet 63 percent want a more efficient home.

“Across the country, the seeds have been planted about the importance of energy efficiency. But, in general, utilities are doing a poor job translating that sentiment into consumer action,” said a KSV press release.