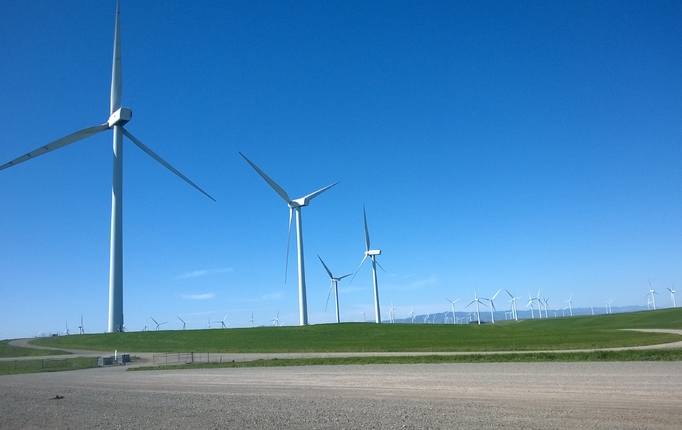 OAKLAND, CA (June 11, 2015) – Today, a coalition of groups fired back at a National Black Chamber of Commerce (NBCC) report misrepresenting the impacts of the Clean Power Plan. The report alleges that the Environmental Protection Agency’s Clean Power Plan will harm African American and Hispanic families, when in fact findings from numerous independent organizations show the plan will actually benefit communities.

In reality, the Clean Power Plan will prevent asthma and other pollution-related illnesses, create hundreds of thousands of new jobs, and save families money on their utility bills.  Low income and minority Americans, who are most often the hardest hit when it comes to the effects of climate change, will benefit substantially.

Recently the Natural Resources Defense Council (NRDC) produced a report reaffirming and further outlining these benefits. The report also refutes many of the myths asserted by the NBCC, known to funded by special interests groups seeking to preserve the bottom line for dirty energy companies.

Statement of Van Jones, Founder, Green For All:

“Dirty energy companies are using the Black Chamber to push out junk science and junk economics in order to try to turn communities of color against the most important clean air protections of our generation. Forty percent of those who live near polluting power plants are people of color, and African American kids have the highest rate of asthma in America. These guys are jeopardizing the health of thousands of black children across the country. They ought to be ashamed.”

“Make no mistake, these inflammatory scare tactics by dirty energy backers are nothing more than a blatant attempt to mislead consumers to go against their own best interests and support the multimillion dollar polluter industry that poisons our air and worsens climate change.

The polluters know that an overwhelming majority of Latinos want our leaders to fight climate change, so it’s no surprise that they are desperate to derail progress towards clean renewable energy through these baseless attacks.  Fortunately, Latinos know the reality: our communities are ground zero for pollution and we are ready to move towards clean energy and healthier communities.”

“Poor health costs!  Polluted air from dirty energy sources makes our communities sick, resulting in unfair economic burdens on families from hospital costs to missed work days.  The solution is not for the EPA to withdraw the Clean Power Plan.  Instead, it’s an opportunity for the National Black Chamber of Commerce to fulfill their own mission of "economically empowering and sustaining  African American communities through entrepreneurship" by promoting an equitable Clean Power Plan and  clean energy solutions that will result in a higher quality of life for all.”

“A simple review of the public record on the Clean Power Plan makes clear that a large diversity of Latino and environmental justice communities stand in support for actions that protect our families from harmful pollution.  Our groups have consistently stood up for key protections against dirty energy, which is disproportionately placed in our neighborhoods. It’s disheartening that the dirty energy industry thinks our community can be that easily fooled by a sham study paid for by polluters and distributed by a tiny subset of minority business groups that don't represent our views.

This study reeks of desperation from a dying industry, whose last gasp is rife with misinformation.  Our neighborhoods, our families, and our children have been suffering the negative health effects of carbon pollution for years and we are not going to be swayed by this "hail mary" attempt to convince us that clean energy is actually bad for us.  Our national coalition of Latino environmental and conservation leaders demands clean air, and equity for our communities that have suffered for too long through the most egregious of environmental injustices.”

It is deeply disappointing to see the National Black Chamber of Commerce champion a report full of dangerous lies promoted by the fossil fuel industry. Opposing the Clean Power Plan threatens the health and wealth of our communities and our businesses."

Benefits of the Clean Power Plan for communities of color include:

Preventing asthma attacks and pollution-related illnesses, which disproportionately affect communities of color. One in six African American kids and one in nine Latino kids suffers from asthma.The Clean Power Plan will prevent up to 150,000 asthma attacks and 6,600 premature deaths annually by 2030, while slashing the carbon pollution from power plants fueling climate change. Additionally, the co-benefits of cutting other pollution in this plan could prevent nearly 3,300 heart attacks, 2,800 hospital admissions, and close to a half million missed work days each year, according to EPA.

Addressing climate change. Power plants account for 40 percent of our nation’s carbon pollution. In order to fight climate change, we need to dramatically reduce pollution from power plants. And climate change disproportionately affects people of color. Severe weather and storms hit communities of color first and worst. For example, African Americans living in Los Angeles are twice as likely to die in a heat wave as other residents, because they lack access to cars, shade, and air conditioning. Higher temperatures are making it more difficult and dangerous for the millions of Latinos who work outdoors in the construction and agricultural trades. Bad air days exacerbated by climate pollution force kids and the elderly to stay indoors or risk asthma or other respiratory illnesses that not only put them at risk but impact families economically both in medical bills and work days missed as a result.  And when disasters like Hurricane Katrina and Superstorm Sandy strike, people with the fewest resources have a harder time preparing, escaping and recovering.

Saving families on health costs. The Clean Power Plan has public health and climate benefits estimated at $55-$95 billion per year by 2030, far outweighing the costs. From the soot and smog reductions alone, each dollar invested in the Clean Power Plan could net American families $7 in health benefits.

Saving families on energy bills.  The clean power plan would save families an average of $8 a month on their residential electricity bills, according to EPA.

Creating new jobs and opportunity. While cutting carbon pollution from power plants will protect public health, it will also drive innovation in clean energy sources that will power the 21st century, growing our economy and creating jobs. According to a new report by the Economic Policy Institute, the Clean Power Plan will create a net increase of 360,000 jobs by 2020.