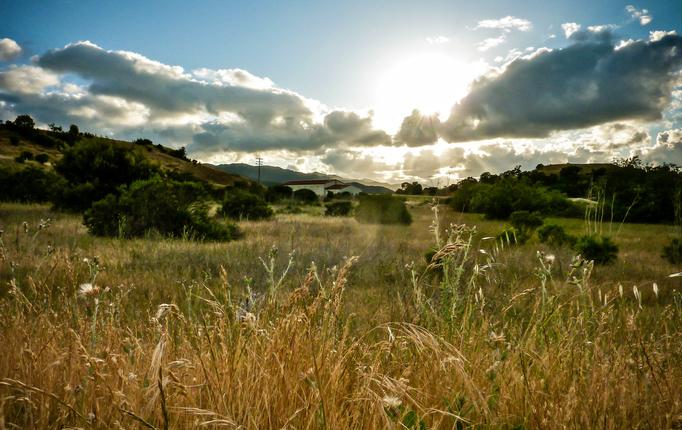 Presidents Barack Obama and Dilma Rousseff commit to intensify collaboration between the United States and Brazil, both bilaterally and under the United Nations Framework Convention on Climate Change (UNFCCC), as our countries work to address the challenges posed by climate change.  The global scientific community has made clear that human activity is already changing the world’s climate system, causing serious impacts, putting ever larger numbers of people at risk, posing challenges to sustainable development, affecting particularly the poor and most vulnerable, and harming economies and societies around the world, including in the United States and Brazil.

Leading Together Towards Paris:

The two Presidents reiterated their call for a successful outcome later this year at the Paris Climate Change Conference.  The Paris outcome should send a strong signal to the international community that governments, businesses and civil society are decisively taking on the climate challenge.

The Presidents expressed their commitment to work with each other and with other partners to resolve potential obstacles towards an ambitious and balanced Paris Agreement. Mindful of the long-term goal of limiting global temperature increase to a maximum of 2°C above preindustrial levels, they agreed that there should be strong nationally determined contributions, regular updating by Parties in order to promote greater ambition over time, and encouragement of longer-term strategies for transitioning to low-carbon economies.  There should also be strong and credible transparency, including reporting and review, as well as periodic stocktaking of its overall effectiveness.  The Presidents are committed to reaching an ambitious agreement that reflects the principle of common but differentiated responsibilities and respective capabilities, in light of different national circumstances.

The Presidents recognize the social and economic value of mitigation actions and their co-benefits to adaptation, health and sustainable development. The Presidents pledged to work together toward mobilizing public funding and developing financial instruments to catalyze large-scale private investments to support low carbon development projects and countries’ transitions to low-carbon economies. Further, the Presidents affirmed the need for continued, robust financial support to help realize developing countries’ mitigation potential and to enhance their adaptation actions.

Taking Ambitious Climate Action:
The Presidents underscored the benefits of early mitigation actions for limiting global temperature increase. They noted that both countries have been actively and productively engaged in recent years in a range of activities that have reduced greenhouse gas emissions. President Rousseff welcomed the ambitious national mitigation policies and measures of the United States and its constructive engagement in multilateral climate change negotiations. President Obama commended Brazil for its very strong mitigation results, principally through a significant curbing of deforestation in the Amazon region.

The Presidents highlighted the fact that, since 2005, Brazil and the United States have reduced greenhouse gas emissions in absolute terms more than any other countries in the world.  Brazil has reduced its emissions by around 41% as compared to 2005, while the United States has reduced its emissions by around 10% and is on track to meet its 2020 target.  In the run-up to the UN Climate Conference in Paris, both countries are respectively putting forward strong post-2020 contributions consistent with their determination to show global leadership.

Per its submission to the UNFCCC, the United States intends to achieve an economy-wide target of reducing its emissions by 26%-28% below 2005 levels in 2025 and to make best efforts to reduce its emissions by 28%.  Brazil will present a fair and ambitious intended nationally determined contribution that represents its highest possible effort beyond its current actions. It will be based on the implementation of broad policies, including those in the forestry, land-use, industrial, and energy sectors.  Brazil will pursue policies aimed at eliminating illegal deforestation, coupled with ambitious enhancement of carbon stocks through reforestation and forest restoration. For that purpose, Brazil intends to restore and reforest 12 million hectares of forests by 2030. In line with its goal to expand the use of renewable energy sources, Brazil intends that its total energy matrix reach, by 2030, a share of 28% to 33% from renewable sources (electricity and biofuels) other than hydropower. Brazil also intends to improve low-carbon agricultural and grazing land practices through the promotion of sustainable agriculture and productivity enhancement; to promote new, clean technology standards for industry; to further promote energy efficiency measures and to expand the use of non-fossil fuel energy sources domestically.

Recognizing the need to accelerate the deployment of renewable energy to help power our economies, the United States and Brazil each intend to increase the share of renewables – beyond hydropower – in their respective electricity generation mixes to the level of 20% by 2030.

The Presidents, recognizing the importance of managing hydrofluorocarbons (HFCs), agreed to work multilaterally in the Montreal Protocol to consider promptly amendment proposals to phase down HFCs.

The two Presidents decide to launch a Joint Initiative on Climate Change, which will be implemented through a new high-level United States-Brazil Climate Change Working Group (CCWG) aimed at enhancing bilateral cooperation on issues relating to land use, clean energy, and adaptation, as well as policy dialogues on domestic and international climate issues.

The Working Group will begin its work by October 2015. During its first meeting, the CCWG will discuss a work program to address areas of action for cooperation. The Climate Change Working Group will be a platform to manage some or all of the following initiatives, as well as others that might be developed over time.

Cooperation on Sustainable Land Use

As part of the new CCWG, the United States and Brazil will promote actions on forests, agriculture, and land use to contribute to climate change mitigation and resilience as well as enhance economic growth.  Both countries are leaders in forest conservation and agricultural innovation and have implemented land sector programs designed to enhance mitigation and increase adaptation capacity.  Brazil and the United States commit to new and improved management of their forests, croplands and grasslands to increase resilience in forests and agricultural systems, safeguard the multiple services they provide, and share this expertise with other countries.  Brazil and the United States will take the following actions, among others:

·         Enhancing progress on reducing forest degradation and preventing deforestation, including improvements in the productivity of agricultural and grazing lands;

The United States and Brazil will strengthen bilateral cooperation mechanisms for energy, including the Strategic Energy Dialogue, which will hold a minister-level session promptly and another meeting on October 8-9 2015.

Cooperation on Adaptation to Climate Change

Acknowledging the need to manage and reduce risks associated with climate change impacts, such as drought and extreme weather events, as well as the emerging opportunities associated with managing and reducing these risks, the United States and Brazil will work together, including through sharing experiences related to national adaptation planning, to build resilience to climate change impacts in areas such as biodiversity and ecosystems; infrastructure, including energy; agricultural production and food security; and water resources.

The United States and Brazil will continue collaboration on atmospheric and ecosystem science research, building on the Green Ocean Amazon 2014/2015 experiment through postdoctoral educational exchanges between Brazilian and U.S. universities and laboratories.

The United States and Brazil will cooperate on managing issues at the nexus of water and energy, in the context of climate change.  As our countries face prolonged and increasingly intense droughts, we need to appropriately integrate energy-water planning and decision-making; collaborate on sustainable hydropower; improve resilient thermoelectric generation resilience; and increase the efficiency of water and wastewater treatment infrastructure systems.