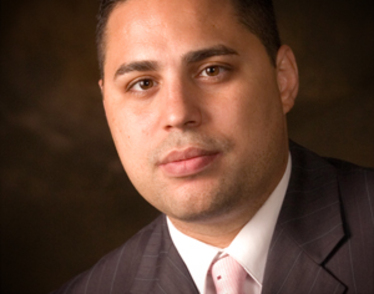 Gracias por visitar a Nueva York! I eagerly anticipated your visit, not only because of your significant religious and global influence, but also because of our shared passion for environmental stewardship and justice. I especially was thankful for your courageous commentary on climate change and immigration.

In spite of our different denominations and theological differences, we do share some common ground. As Hispanic religious leaders (albeit on very different scales), we exist in a space that spans the spiritual and the material, religion and politics, the Global North and the Global South. We are therefore uniquely situated to bear witness to the threat that climate change poses, and the harm it has already caused.

I know you have traveled throughout developing countries and seen farmers turned to slum dwellers by years of drought, urbanites turned to refugees by sudden hurricanes or tsunamis. As a world leader, you are witness to people suffering on the margins of power while many in power remain on the sidelines as this issue stays mired in politics and abstractions. You live steeped in the rich history of the Catholic moral thought and are therefore keenly attuned to the shortfalls and opportunities of the present.

You have drawn from these diverse perspectives to communicate the reality of this often-polarized issue: climate change is not simply an environmental issue, but a human one with a spiritual dimension. God gave us one planet for our stewardship and we are accelerating its destruction.

Like you, I came to the climate change conversation largely out of a Gospel concern for the fate of the poor and vulnerable. I strongly believe that, as you said in your groundbreaking encyclical in May, "a true ecological approach always becomes a social approach; it must integrate questions of justice in debates on the environment, so as to hear both the cry of the earth and the cry of the poor."

Though I pastor in one of the richest cities in one of the richest countries in the world, I see the low-income residents of New York City still picking up the pieces from Superstorm Sandy almost three years later. Climate and environmental justice issues are readily apparent in my diverse congregation in a city where 16.1% of Latinos (including my son and wife) have asthma, a condition that is exacerbated by air pollution and other climate-related problems. This is even further represented in the members of our national coalition which represents some of the 8 million Hispanic evangelicals living throughout the US. And it is all the more pressing for the immigrants I meet who are climate refugees, displaced from their homes all over the world by drought, mudslides, hurricanes, or other impacts of climate change.

I celebrate your call for a multifaceted response to climate change, led by both faith communities and scientific communities. The impulse to connect environmentalism with religious voices sparked Blessed Tomorrow, a coalition of Evangelical, Muslim, Jewish, Catholic and Protestant believers united around their commitment to the environment. Our faith communities have historically played a critical role for those facing challenges of opportunity in the US, and that has included environmental justice. With your courageous encyclical, the Evangelical Climate Initiative, and the recent Islamic Declaration on Global Climate Change, it seems we may be gaining real traction in creating a symphony of voices around this essential issue.

I have high hopes that your visit will continue to move faith leaders of every stripe to lead on climate change solutions. Now is the time to act on climate together, and push for solutions such as the Clean Power Plan, which puts the first ever limits on carbon pollution. Our communities are appreciative for the wide array of leadership that can help deliver results on this issue, and I am appreciative that your visit here helped to highlight that. May your words support efforts like these and take up residence on the streets of New York and in the halls of power nationwide.