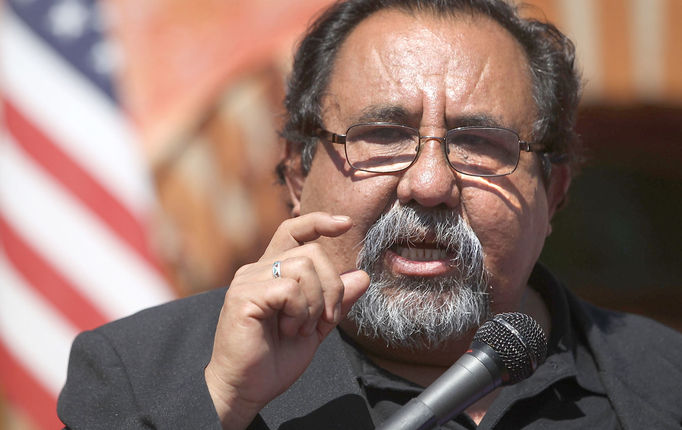 Ever since President Obama presented the final version of the Clean Power Plan in August, we've seen coal gas-heavy states try to stop this badly needed effort in its tracks. As recently as Oct. 13, North Dakota's attorney general told a conference panel that he's preparing a lawsuit to block the program even as the state environment agency gets ready to implement it.

This highly political reaction ignores just how badly climate change is impacting Americans' health, especially in communities of color. Congress and the public need to start treating these health risks with the urgency they demand. Environmental justice advocates can help.

Americans of color face disproportionate climate-related health problems all over our country. For many of them, stronger standards are truly a matter of life and death. Climate change is hitting Latino communities especially hard in the West and Southwest, where hotter days, more intense and frequent heat waves and droughts, and worsening seasonal air quality are affecting areas that already have some of the worst air pollution in the country.

It's bad enough for anyone with a desk job. For the millions of Latinos who work in agriculture, landscaping and construction, this is unsustainable.

Strong climate standards are just as important to African-Americans, who are 20 percent more likely to suffer from asthma than non-Hispanic whites, and three times more likely to die from asthma-related causes than the white population. As Scientific American reported on April 30, allergists and lung experts now increasingly see climate change as hastening asthma's spread across the country.

The Clean Power Plan will combat this spread by reducing carbon emissions from power plants, already known to be a leading cause of climate change. The plan will also reduce power plants' hazardous non-carbon emissions, including sulfur dioxide and particulate matter, preventing up to 100,000 asthma attacks and 2,100 heart attacks just in the first year of implementation.

Latinos and African-Americans are more likely to live near health hazards like power plants and highways than their white counterparts, leading them to suffer higher rates of asthma, heart disease and cancer. That's why it's no surprise that both communities consider cleaning up our air and cutting carbon pollution a top priority.

In a recent poll by the firm Latino Decisions on behalf of Earthjustice and GreenLatinos, 85 percent of Latinos agreed that "reducing smog and air pollution is extremely or very important" and 66 percent held human activities responsible for climate change. A January 2015 poll for the Union of Concerned Scientists and the Sierra Club found that 85 percent of likely voters who identified as African American and 79 percent who identified as Hispanic support an international climate change agreement. These figures are all ahead of responses in similar polls of the overall population.

Climate deniers, well-funded polluters and their friends in Congress spend a lot of time and money pretending that climate quality standards are unnecessary. At their worst, these misinformation campaigns rely on scare tactics to convince communities of color that the Clean Power Plan will somehow hurt them. These communities know better, and they rightly expect their leaders to take action.

Why do they know better? Because they already miss work or school more than their peers. They already pay higher pollution-related doctors' bills. They already know what it's like to lose wages to sick days their coworkers don't suffer. No amount of spin can change their experiences.

At the beginning of this Congress, I held a series of roundtables and public events with communities of color around the country on issues as diverse as climate change, public health and land conservation -- all with the aim of broadening the policy conversation to include Americans traditionally ignored in policymaking. At an environmental justice forum in April, Angela Johnson Meszaros of Earthjustice said something I'll never forget: "Do not retreat -- not even one more step -- from the promise that Congress made to the American people that we'd have clear air. Having the audacity to breathe should not put us on a path to illness and economic hardship."

American communities of color shouldn't be forced to bear these burdens, and the costs that come with them, just because polluters refuse to clean up their act. The Clean Power Plan is a critical step to ending that unfair treatment, and I hope to help build a truly cooperative, diverse, intergenerational alliance to make sure it succeeds. We owe it to ourselves.