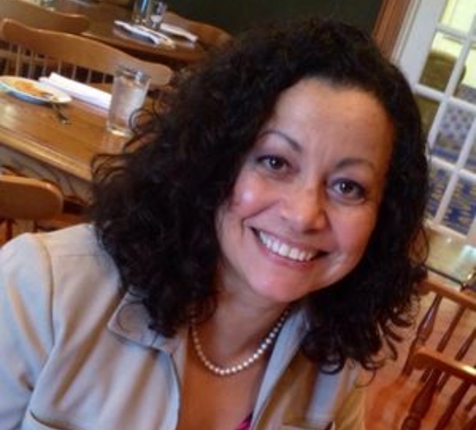 Ask Virginians to rank their highest priorities, and “jobs” will always be at or near the top of the list.

As we near the warmer tourist season, jobs are at the top of the list for both employers and job seekers, especially here in the Hampton Roads market. That certainly was the case last weekend at a Hampton Roads Hispanic Chamber of Commerce information fair we hosted in Chesapeake for the Hispanic community where one of the partners, a new recruiting resource company, was a popular stop for many of our guests.

“Climate change,” on the other hand, is still perceived by some as a more abstract concern.

But the fact is, climate change is already a drag on our economy — and the worse it gets, the more it threatens to limit our state’s job growth.

In our state, climate change is causing more severe — and more frequent — extreme weather events that destroy our crops, snarl our traffic and limit our economic output. In the past few years alone, Virginia has seen record-breaking temperatures, record-breaking rainfall and record-breaking snowfall — all of which put our local businesses at risk.

We see a changing climate right outside our headquarters front door in Hampton Roads. Recurring flooding here from rising seas is much more common these days. Scientists predict sea levels in our area could rise an additional 2 to 5 feet over 100 years, and that we could experience the most severe flooding in the United States outside of New Orleans.

The economic and personal toll from all this could be very high.

That’s why I, and many in the Hispanic community, believe the time has come to fight back against climate change, and to create a clean energy economy that will be good for our health and livelihood.

We see this as a problem that affects us personally, a viewpoint that was confirmed by a recent New York Times poll. It’s not surprising then that the poll also found that two-thirds of Hispanics nationally want the federal government to do something about it now.

We feel strongly that taking action against climate change is part of creating a brighter, more hopeful future for our children. It’s part of the pursuit of the American dream. And it connects community values to global goals.

This deep personal sense of our interconnectedness extends not only to our family members who join us for dinner around the table every night, but also for our network of cousins, aunts and grandparents whether they live here in the U.S. or abroad.

This strong sense of duty to family as well as concerns that communities abroad may not be as resilient or able to cope with climate impacts also is what motivates us to call for action.

Fortunately, most Virginians join us in seeking protections against this threat. A new bipartisan poll released by the Natural Resources Defense Council paints a clear picture: 83 percent of Virginians — across all party lines, age groups and demographics — want the commonwealth to work with the U.S. Environmental Protection Agency — not against it — to craft its own plan to meet the requirements of the agency’s Clean Power Plan. It will set the first limits on carbon pollution from power plants, the main driver of climate change.

Virginians clearly understand that taking action against climate change will increase economic growth and job creation, not hinder them. That’s why 88 percent support increasing the use of clean and renewable energy, such as wind and solar power, while a whopping 93 percent support expanding utility programs to help consumers improve the energy efficiency of their homes and reduce their electricity bills.

Virginia is well-suited for this clean energy sector to grow, but it is still not living up to its full potential. The EPA’s plan gives states flexibility to develop the most cost-effective way of meeting emissions targets if states take the initiative to craft their own implementation plans.

I stand with the strong majority of Virginians in encouraging Gov. Terry McAuliffe to craft a strong state-based plan to implement the Clean Power Plan. Together, let’s build a more hopeful future.

Olga Torres is president of the Hampton Roads Hispanic Chamber of Commerce. Contact her atolga.torres.hrhcc@gmail.com.

This opinion editorial fist appeared in the Richmond Times-Dispatch.