Voces in Action
The melting of Antarctica was already really bad. It just got worse.
View News Categories
+ 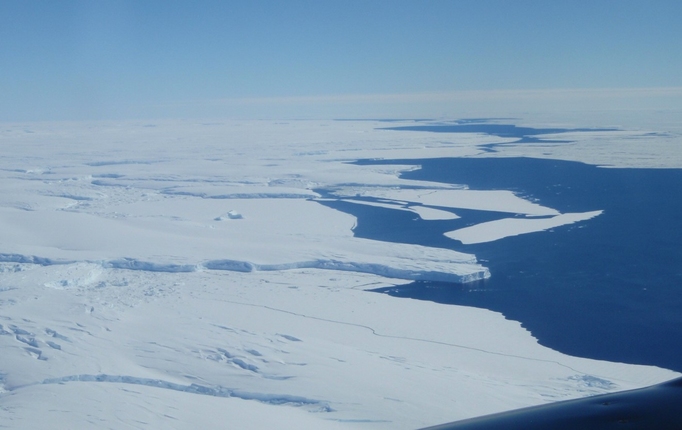 The melting of Antarctica was already really bad. It just got worse.
March 16, 2015
Climate Change

A hundred years from now, humans may remember 2014 as the year that we first learned that we may have irreversibly destabilized the great ice sheet of West Antarctica, and thus set in motion more than 10 feet of sea level rise.

Meanwhile, 2015 could be the year of the double whammy — when we learned the same about one gigantic glacier of East Antarctica, which could set in motion roughly the same amount all over again. Northern Hemisphere residents and Americans in particular should take note — when the bottom of the world loses vast amounts of ice, those of us living closer to its top get more sea level rise than the rest of the planet, thanks to the law of gravity.

The findings about East Antarctica emerge from a new paper just out in Nature Geoscience by an international team of scientists representing the United States, Britain, France and Australia. They flew a number of research flights over the Totten Glacier of East Antarctica — the fastest-thinning sector of the world’s largest ice sheet — and took a variety of measurements to try to figure out the reasons behind its retreat. And the news wasn’t good: It appears that Totten, too, is losing ice because warm ocean water is getting underneath it.

“The idea of warm ocean water eroding the ice in West Antarctica, what we're finding is that may well be applicable in East Antarctica as well,” says Martin Siegert, a co-author of the study and who is based at the Grantham Institute at Imperial College London.

The Totten Glacier covers an area of 40 miles by 18 miles. It it is losing an amount of ice “equivalent to 100 times the volume of Sydney Harbour every year,” notes the Australian Antarctic Division.

That's alarming, because the glacier holds back a much more vast catchment of ice that, were its vulnerable parts to flow into the ocean, could produce a sea level rise of more than 11 feet — which is comparable to the impact from a loss of the West Antarctica ice sheet. And that’s “a conservative lower limit,” says lead study author Jamin Greenbaum, a PhD candidate at the University of Texas at Austin.

In its alignment with the land and the sea, the Totten Glacier is similar to the West Antarctic glaciers, which also feature ice shelves that slope out from the vast sheet of ice on land and extend into the water. These ice shelves are a key source of instability, because if ocean waters beneath them warm, they can lose ice rapidly, allowing the ice sheet behind them to flow more quickly into the sea.

The researchers used three separate types of measurements taken during their flights — gravitational measurements, radar and laser altimetry — to get a glimpse of what might be happening beneath the massive glacier, whose ice shelves are more than 1,600 feet thick in places. Using radar, they could measure the ice’s thickness. Meanwhile, by measuring the pull of the Earth’s gravity on the airplane in different places, the scientists were able to determine just how far below that ice the seafloor was.

The result was the discovery of two undersea troughs or valleys beneath the ice shelf — regions where the seafloor slopes downward, allowing a greater depth of water beneath the floating ice. These cavities or subsea valleys, the researchers suggest, may explain the glacier’s retreat — they could allow warmer deep waters to get underneath the ice shelf, accelerating its melting.

In this particular area of Antarctica, Greenbaum says, a warmer layer of ocean water offshore is actually deeper than the colder layers above it, because of the saltwater content of the warm water (which increases its density). And the canyons may allow that warm water access to the glacier base. “What we found here is that there are seafloor valleys deeper than the depth of the maximum temperature measured near the glacier,” Greenbaum says.

One of these canyons is three miles wide, in a region that was previously believed to simply hold ice lying atop solid earth. On the contrary, the new study suggests the ice is instead afloat.

The availability of warm water, and the observed melting, notes the study, “support the idea that the behaviour of Totten Glacier is an East Antarctic analogue to ocean-driven retreat underway in the West Antarctic Ice Sheet (WAIS). The global sea level potential of 3.5 m flowing through Totten Glacier alone is of similar magnitude to the entire probable contribution of the WAIS.”

One limitation of the study is that the scientists were not able to directly measure the temperature of ocean water that is reaching the glacier itself. While this could be done with robotic underwater vehicles or other methods, that wasn’t part of the study at this time. Thus, the conclusions are more focused on inferring the vulnerability of the glacier based on a number of different pieces of evidence — topped off by the fact that the glacier is, indeed, retreating.